That was this morning’s plan as we headed off for a Circle Line boat tour around all of  Manhattan island – after a quick stop off at a corner deli for a cream cheese bagel. I’m not trying to fit in some cliche, but new york cream cheese bagels are the best I’ve ever had.  Simple, fresh, and delicious, a perfect breakfast-on-the-go for all the people we saw heading to work this morning… but that’ll also be us soon enough.

As luck would have it, the pier we needed to be at was on 46th street, and we’re on 47th, so that made it very easy to get to.  Just make sure the avenues are increasing instead of decreasing, and you know you’re on the right track – just stop before you fall in the Hudson.

Glad we had plenty of sunscreen on today. (yes Michaela, we’ve been extremely responsible in this regard 🙂 ) We were a little early for the boat, so had to queue for while before the ticket booth opened, in the full sun, where it was already 29 degreed by 8:30.  We survived, got our tickets, boarded the boat and sat in a partially shaded area, so all good.

It was an interesting 2.5 hour trip (not a three hour tour, a three hour tour…) all around the island, with plenty to see on both sides. Well, as  much the this very hazy day would allow us to see.  The heat was kind-of a killer, but when it’s a choice between seeing stuff or going inside and not seeing stuff.. .we opted to see stuff. 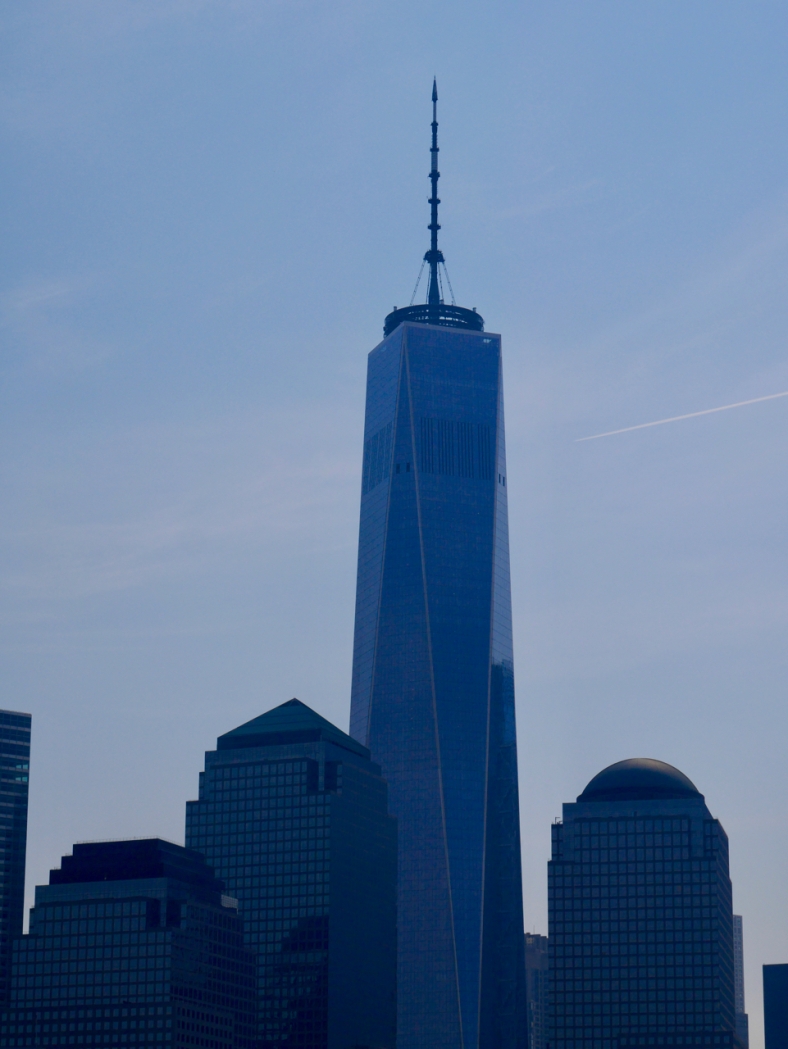 We learnt a bit about Ellis Island, New Jersey, Hoboken, and of course, Lady Liberty.  I still remember 5 years ago I was feeling like crap on the day we took the Staten Island Ferry to sail past, so happy I could appreciate her a lot more this time around. So here are approximately a gajillion photos… 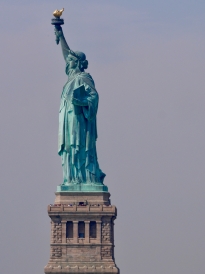 At this point our tour guide did make some rather pointed comments about remembering how modern America was founded on immigrants and the opportunities they seek – and that we should not lose sight of that.

Something I didn’t expect – stacks of people JetSki-ing on the Hudson.

Also funny to finally see this bridge in person (if hiding behind another one) – but it’s so little!

Speaking of bridges – New York has so many that are pretty…

And here’s a bunch of things we saw…

If you call this pyramid looking building a pyramid, apparently the architect gets quite upset. It’s a trapezoid!

I call this building “Jenga” 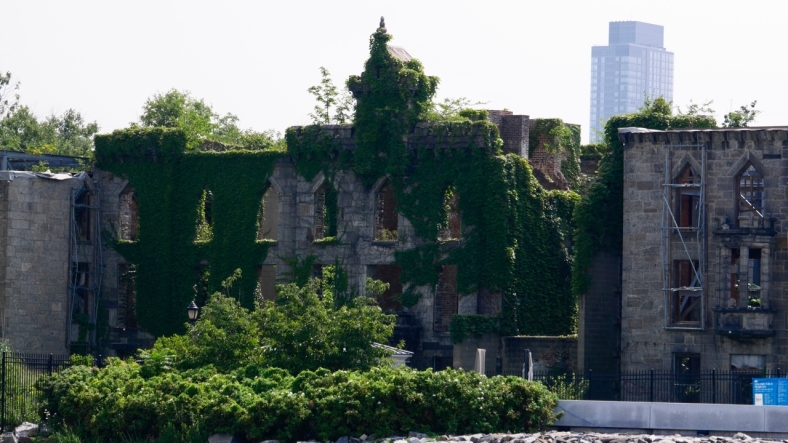 Unexpected so close to manhattan!

Still waiting for my ice tea…

Really surprising to think this is manhattan 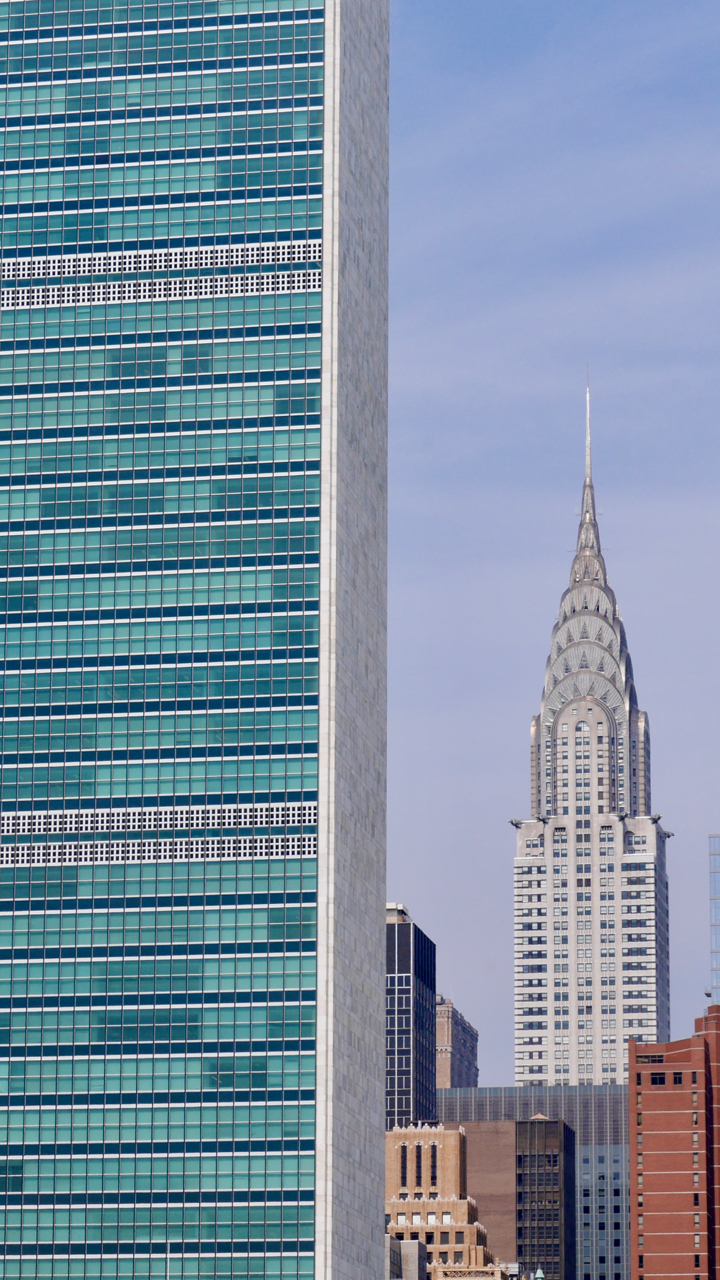 Since the pier for the cruise was pretty much right next door to the USS Intrepid museum, it was a bit of a no-brained to drop in there.  It’s a great place to be, on the top of an aircraft carrier, on a 33 degree day with clear skies … our phones weren’t lying when they said ‘feels like 37’ – if not more.  The things we went to see were decided more by ‘which has shade / aircon’ rather than ‘what is most interesting’.  Honestly don’t think we had a choice in the matter, it was just too hot.  We did see a bunch of cool stuff though. Plenty of aircraft up on the deck, which, with my great knowledge of military history, could effectively identify as ‘that’s a place’ and also ‘that’s a helicopter’.  Yup, I have the skills… 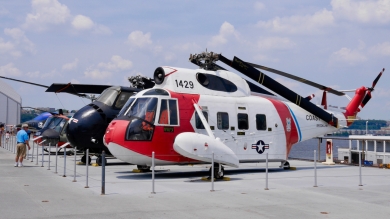 Biiiig selfie with the big guns

Teeeny tiny selfie in the mirror

You’d wanna be intrepid to go down this corridor

Not quite the Westerdam comfort level

Perry in charge of … stuff

Bits and bobs. (Yes I’m very technical about these things) 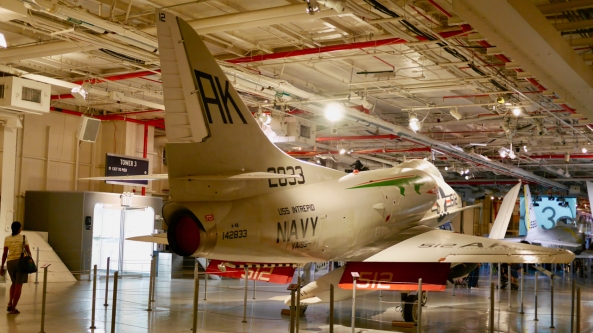 The USS Intrepid is celebrating its 75th year – now i don’t know much at all about warships, but it seems to carry its age well and doesn’t look that old…even though it was decommissioned back in 1974.  The crew’s quarters didn’t look quite so comfy as our room on the Westerdam, and try as we might we couldn’t seem to find the Lido deck 🙂

The museum also houses the Space Shuttle Endeavour – kinda the ‘trial’ one that never made it to space, but still, pretty cool to get up close and personal with a Space Shuttle.  So close, it was really difficult to take photos of. 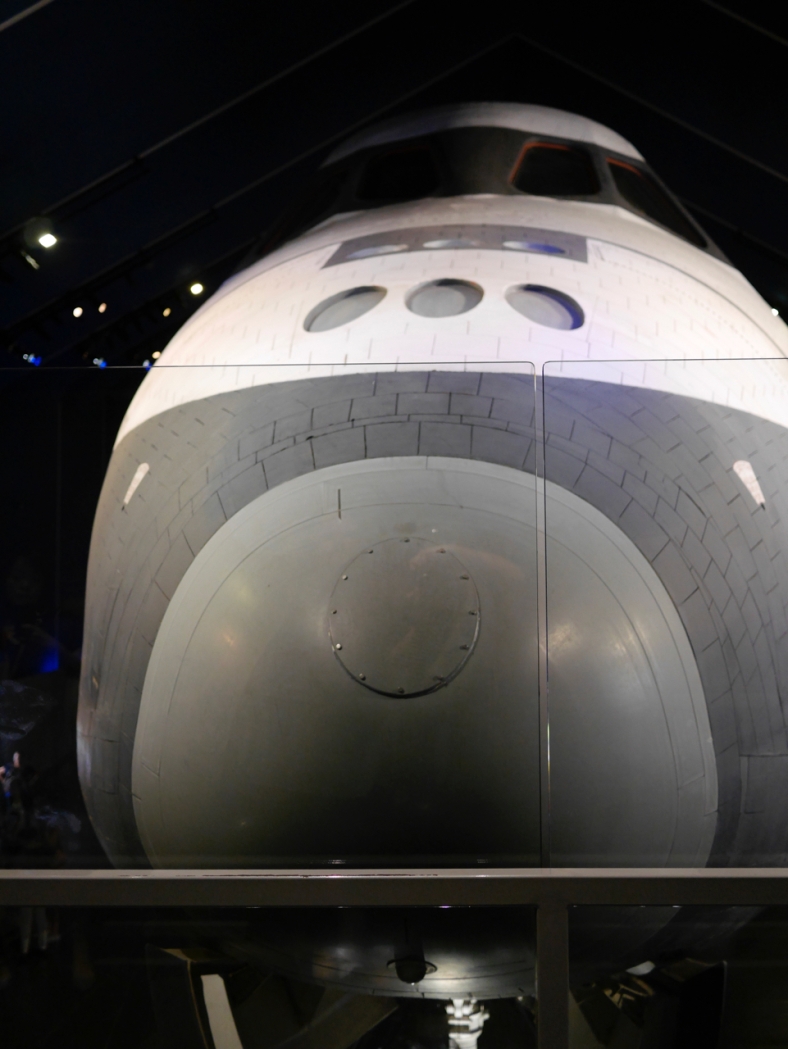 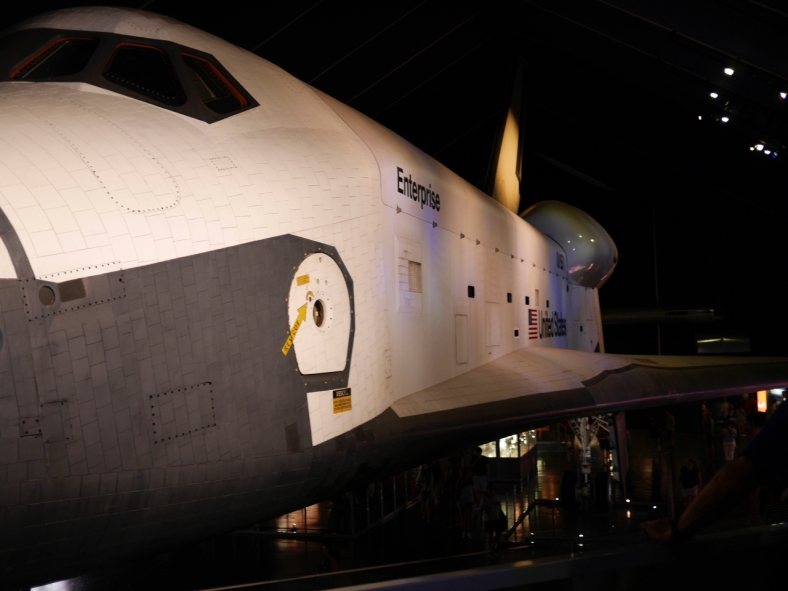 Not only that, the museum also has a Concorde, probably the main reason I wanted to go visit (with the Space Shuttle a close second).  Walking up to it, I was surprised just how little it is.  And how big the engines are – but I guess to beat the speed of sound you’d need big engines.  The windows however looked absolutely tiny – I just found this like which gives you some idea: https://www.reddit.com/r/aviation/comments/2rr4y6/concorde_passenger_window_size/

Even though they don’t fly anymore, they’re still a beautiful, if perhaps a little impractical, aircraft.

After all that we just had to get out of the sun and chill (literally!) back at the hotel.  Perry had a quick nap, I went out and got myself a haircut nearby.  It’s always the sign of a good long holiday when you’re on your second haircut since you started! It was in the Hell’s Kitchen district, where I passed some amusing restaurants  – ‘Fresh from Hell’, and ‘Bottoms up’ …

What was next?  Just for a change … yep, dinner and a show. Dinner was at ‘5 Napkins’ burgers – amazing.  But you’ve all seen pictures of burgers  before.

Tonight’s show was a real treat – we’re so lucky its 15 week season coincided with the time were going to be here.  The Boys in the Band.  Apparently a bit of a classic, it debuted 50 years ago – and was pretty groundbreaking for its time considering it was play about a bunch of gay men daring to live relatively normal lives. Reviving the play for 2018 is cool enough in itself, but I guess what makes it really special is the cast.  Jim Parsons (yep the guy from Big Bang Theory), Matt Bomer, Andrew Rannels, Zachary Quinto, to start with.  Star power or not, it was an incredible play, at times hilarious and at others, devastating.  What starts as a fun party gets darker, and darker and people get drunker and drunker, and internalised homophobia comes to surface in damaging ways.  Indeed, one of the pivotal lines at the end of the play “Why can’t we just stop hating ourselves…” must have been achingly appropriate in 1968 – but for people who still have reasons to be afraid of coming out,  it can still ring very true today.  The play ran for a bit under two hours, straight through, no interval.  The performances were excellent – Jim Parsons isn’t just the guy from Big Bang Theory.  It was a great play – very glad we had the opportunity to see it. 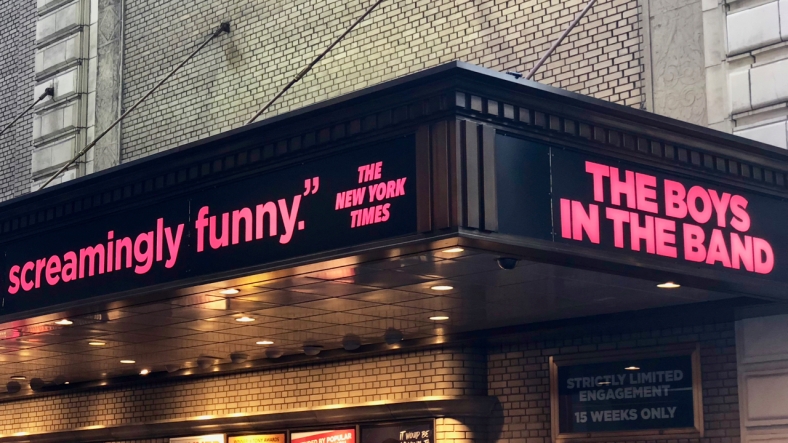 After leaving the theatre, sure enough, it was still really hot and humid outside – but we’re so fortunate to be staying where we are as it was again only a few minutes walk home, mercifully avoiding Times Square this time.  All these tourists just get in the way sometimes, hahahaha 🙂

So that’s it for another day.  I’m totally in denial about that fact that slowly, but surely, this holiday will be drawing to a close.  But for now, still having the Best. Time. Ever.  Feeling like the luckiest kid in the world.