Our time in the Asiana business lounge passed quickly – probably coz I ended up sleeping through some of it. I’d hit the wall by that stage, or maybe hit the wall, bounced off it, and hit it a few more times. I’d been awake nearly 24 hours by that stage so my body was all “nope, not doing hat any more”. I knew as soon as I got on the plane I could sleep to my heart’s content, so all good 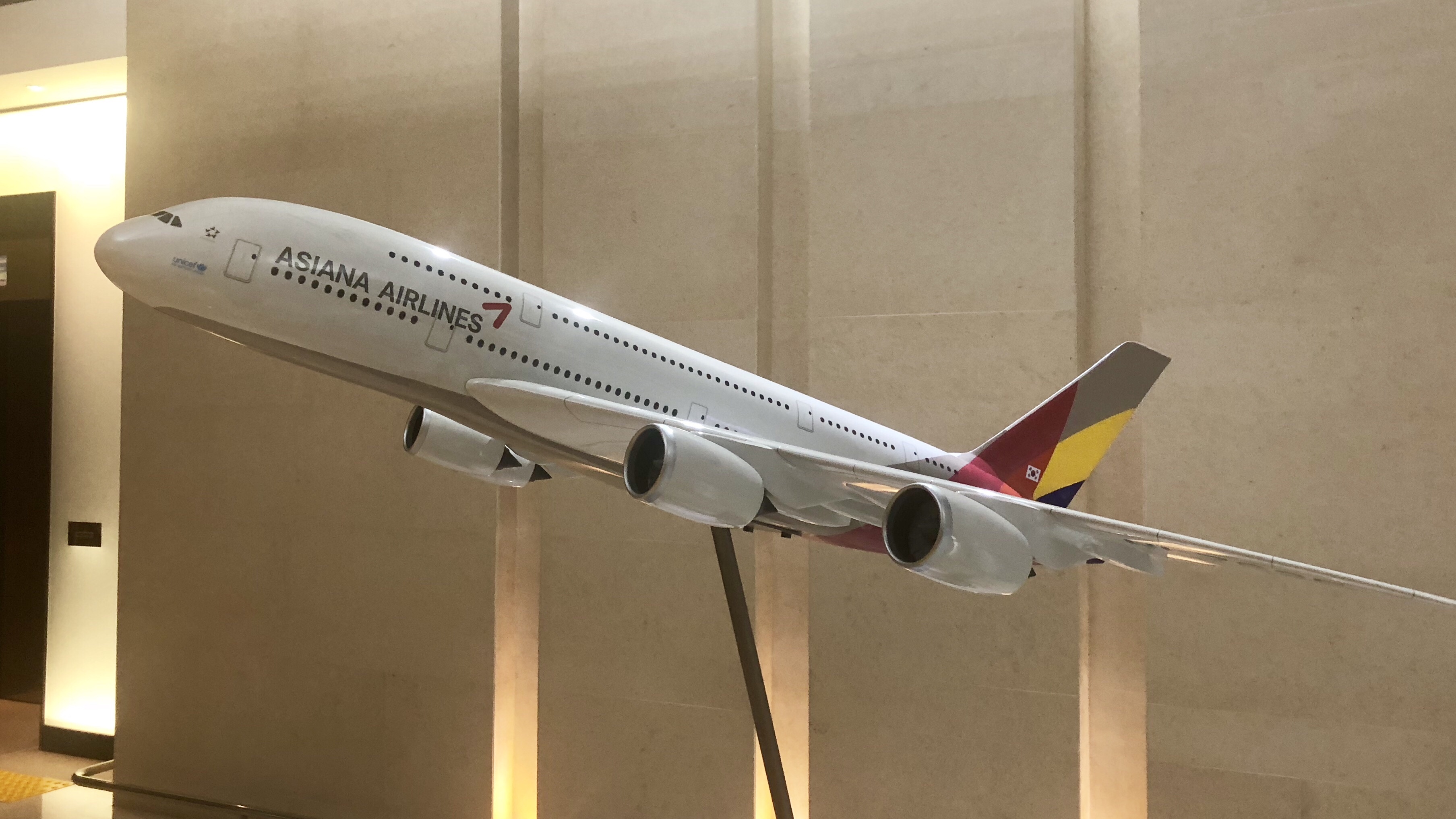 Model plane in the Asiana lounge

Our 777-200 looked so little compared to the A380 we’d just travelled in – but inside it was basically the same. Spacious and comfy enough. Service was again excellent. I skipped dinner (except for a drink) and went to sleep. Slept like a log – it felt like a short flight. The lie-flat seating was pretty good – had bit of a lump at about calf-level where the seat meets the footrest but seems churlish to complain since I slept so much. 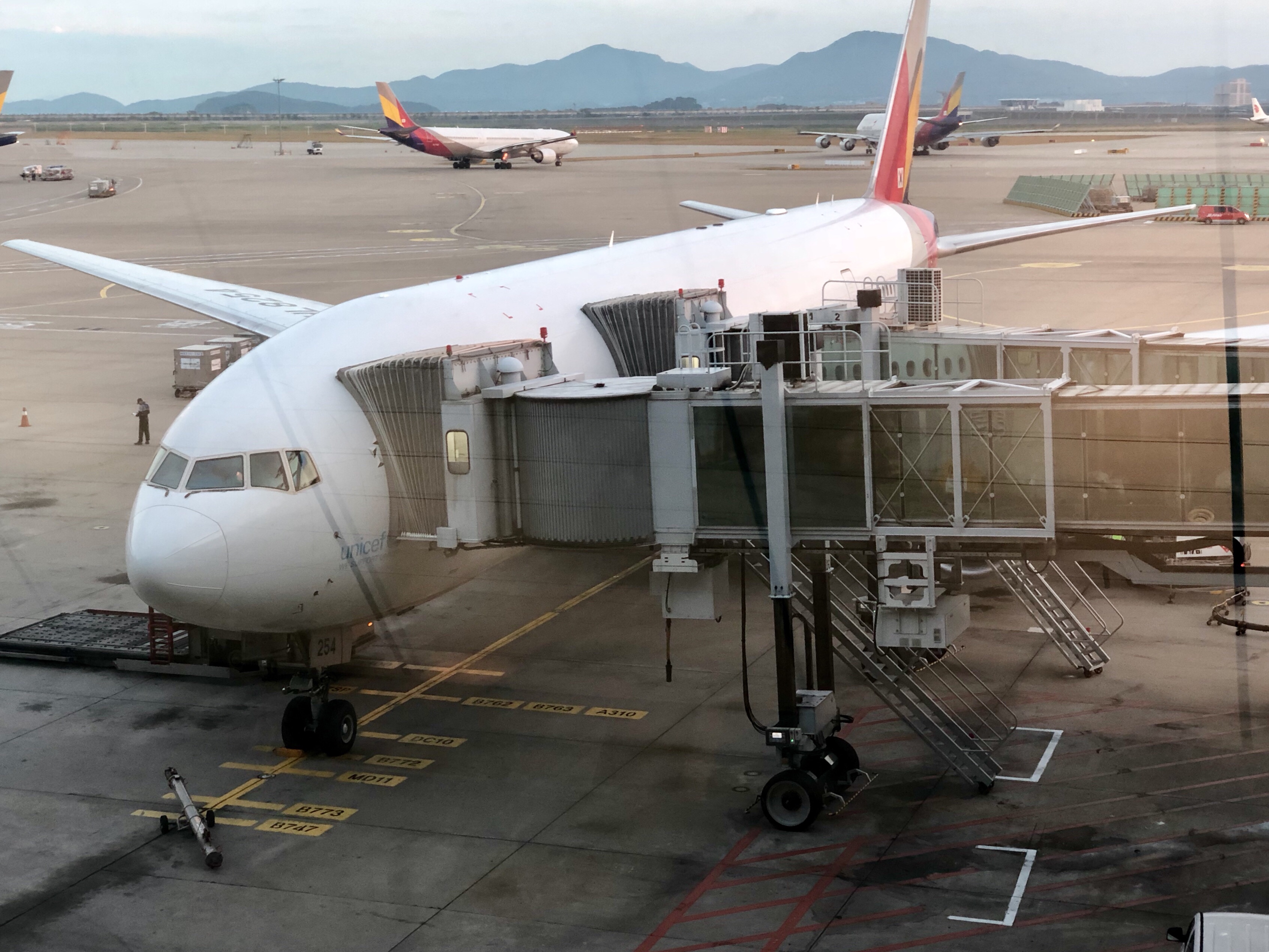 Two hours before landing it was time for brekky – it was the only meal From Asiana that I wouldn’t regard as spectacular. It wasn’t bad, just scrambled eggs, veges and a sausage all crammed in to the one dish where it all gets heated together and takes on the same flavour. However it was also served with coffee and a choice from a basket of pastries. Everything’s better with pastries!

The sunlight breaking over the horizon was very pretty. 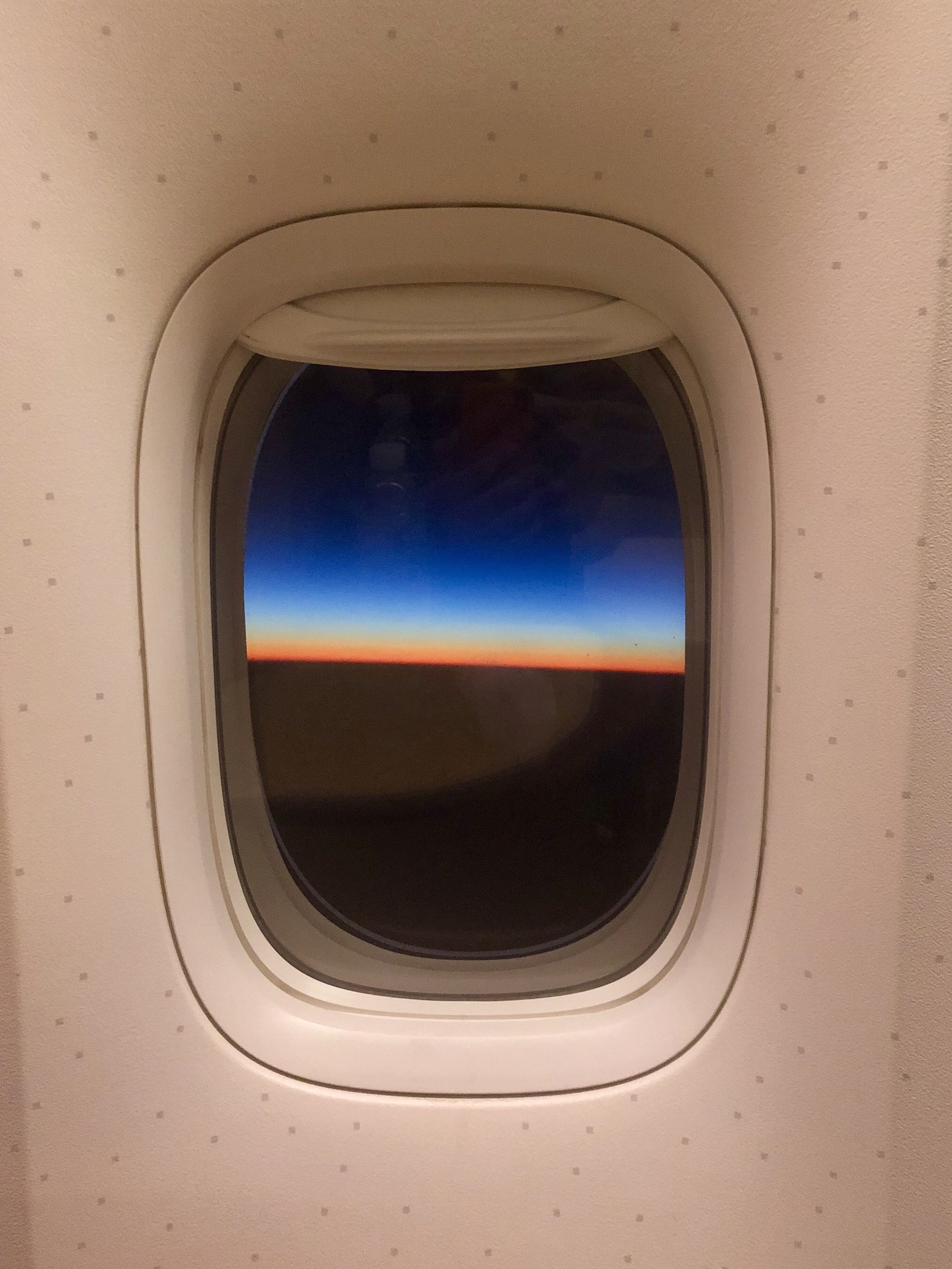 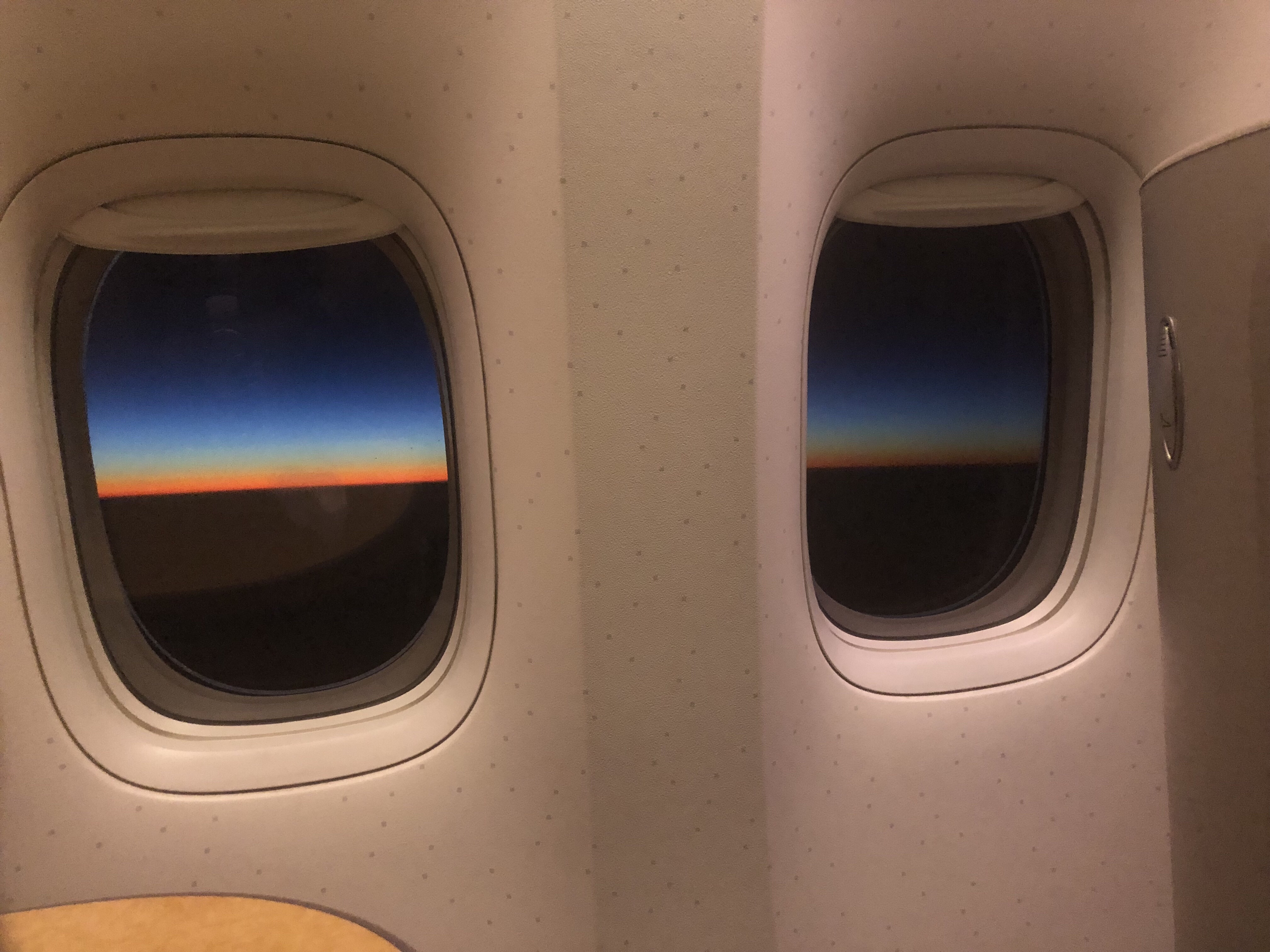 We also had a free tour of Sydney is we flew past, chucked a u-turn and came back north again to land – and here I’ve gotta give Asiana some credit – both flights had perhaps the smoothest landings ever. 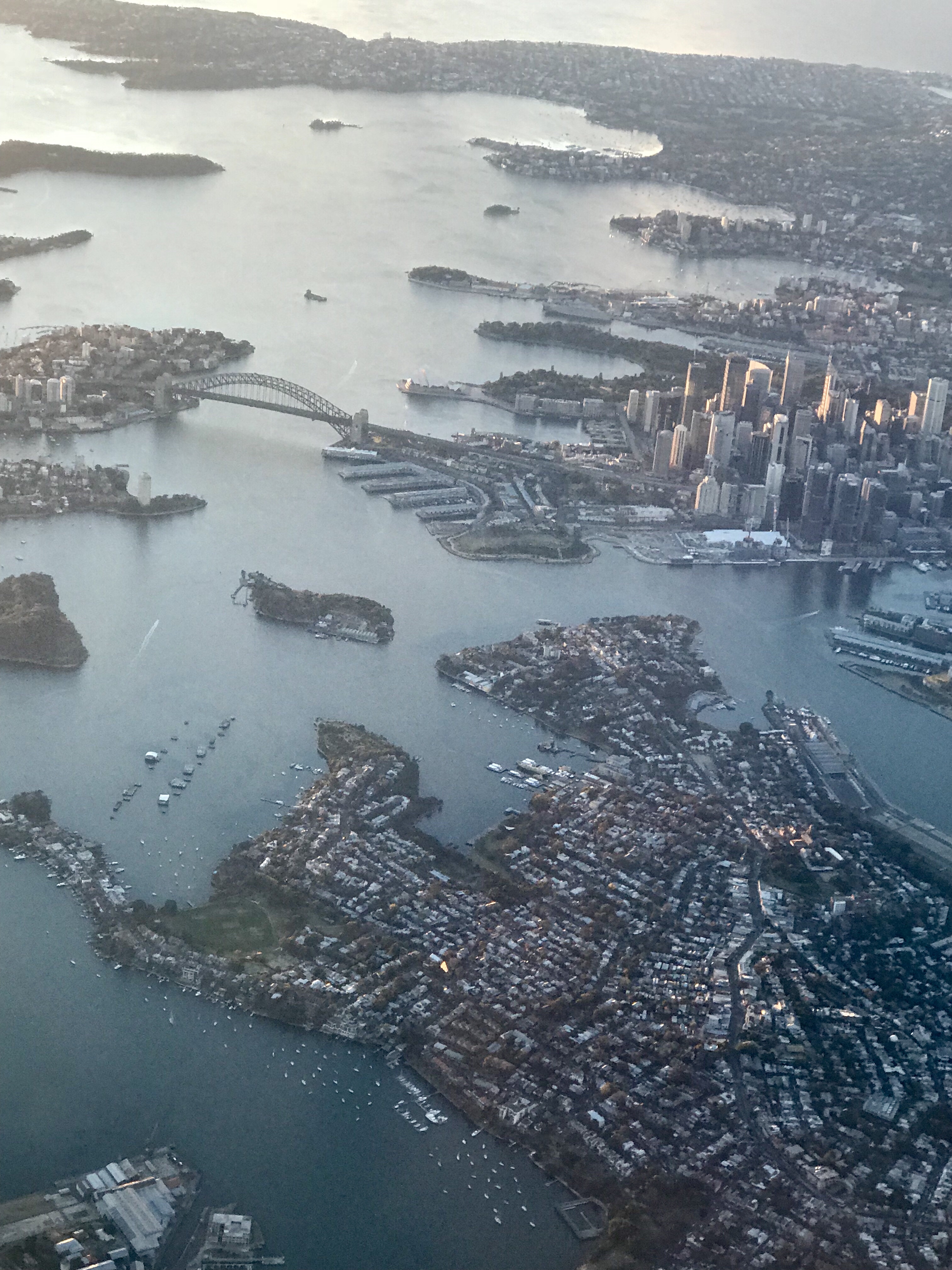 One small wrinkle – here we were in Sydney, but also in limbo. We had to wait about 25 minutes on the tarmac because our gate was busy. Basically, the larger version of circling the car park waiting for a spot.

Once we were parked, the most problematic part after that was figuring out what to buy from the duty free shop, and before we knew it, we were here. Home.

The cat, of course, did her best effort to be indifferent about the whole thing. But after half an hour she warmed up and decided she did know us after all, before curling up for a nap. 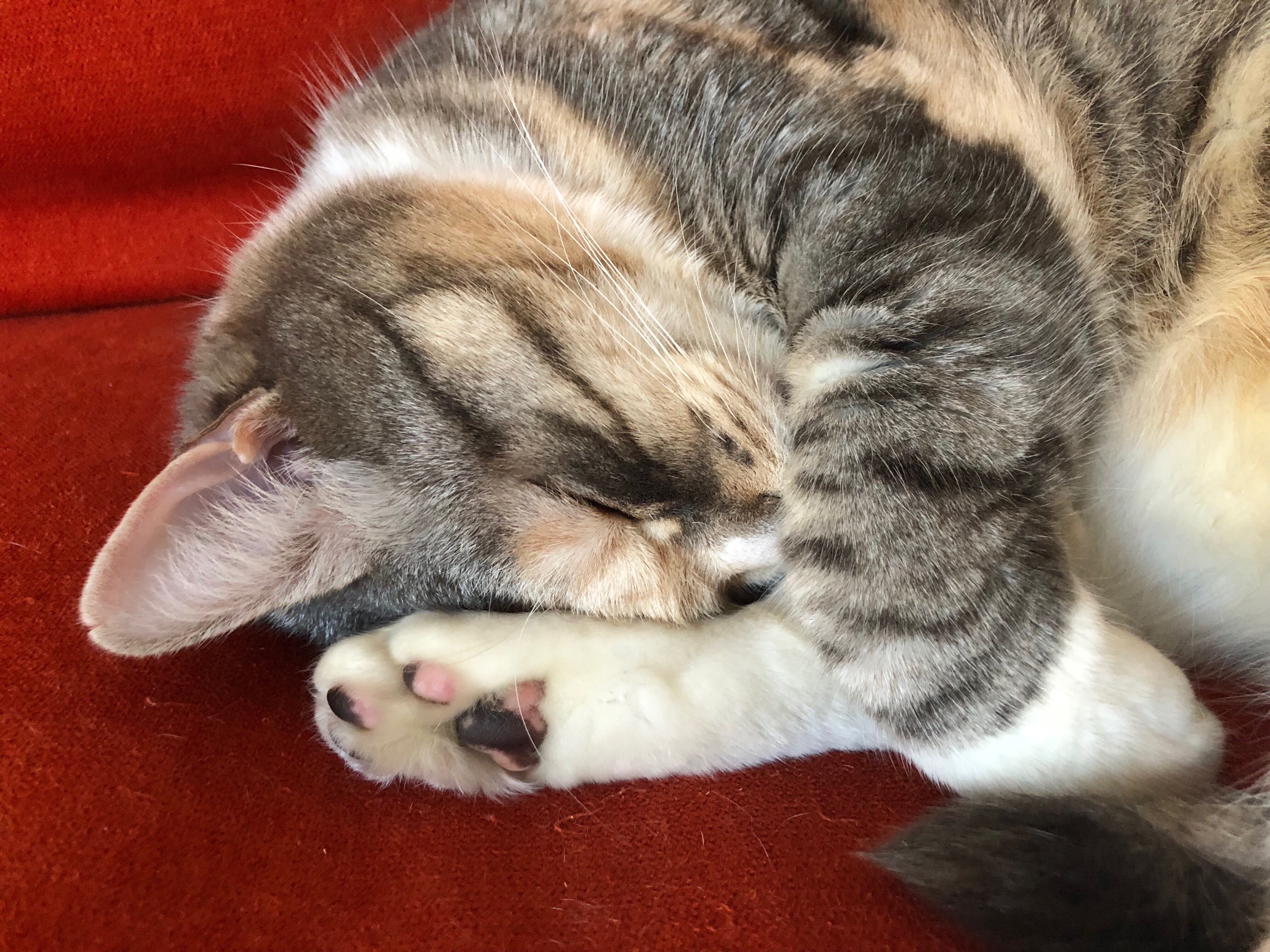 We’re so incredibly grateful to come home to a perfectly clean, and even improved, home thanks to the efforts of Perry’s parents. And thanks also to Perry’s niece for her help keeping the cat fed and entertained.

Reality was upon us – clothes to wash, suitcases to empty, and no musical to see in the evening.

The holiday is over. It was brilliant, and experiencing it with the incomparable Perry. makes it all the better.

And I still remember the five types of salmon. 🖐

One thought on “All good things…”