It’s a warm and humid day!

We didn’t set out for breakfast until about 9:30, where we learned that Toronto is also not a town that does breakfast. Pretty much everywhere opens for brunch at 11. Eventually we did find a place – “What a Bagel!” Just in time, I was getting kinda hangry. Or at least desperately in need of caffeine. It was also nice to get out of the heat and humidity. Coffee was kinda ordinary – a 5/10, but wow, What a Bagel! 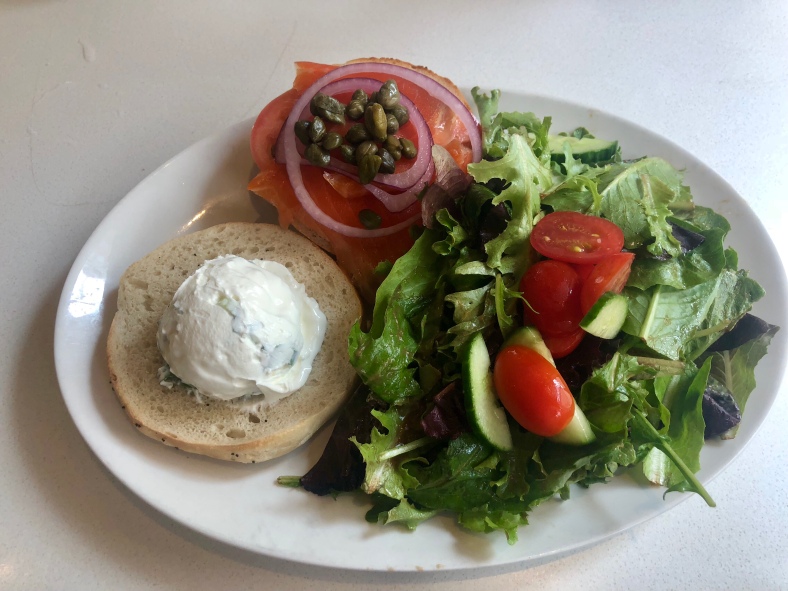 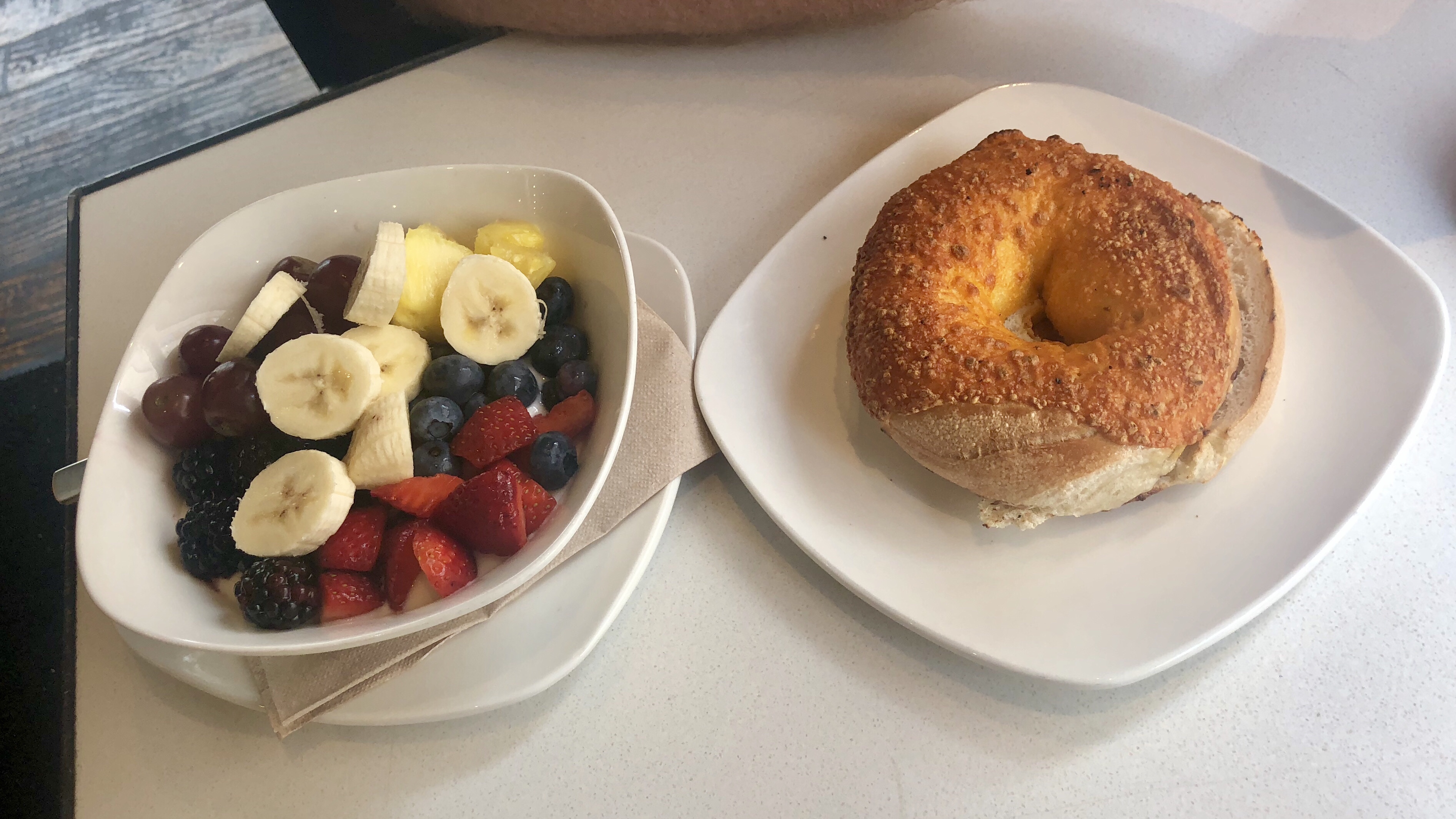 Our plan for this morning was to follow a tip given to us by our tour guide yesterday – Kensington Market. Should be easy – it’s just off Spadina Ave, we’re having breakfast on Spadina Ave, so off we go, enjoying some quirky public art along the way. 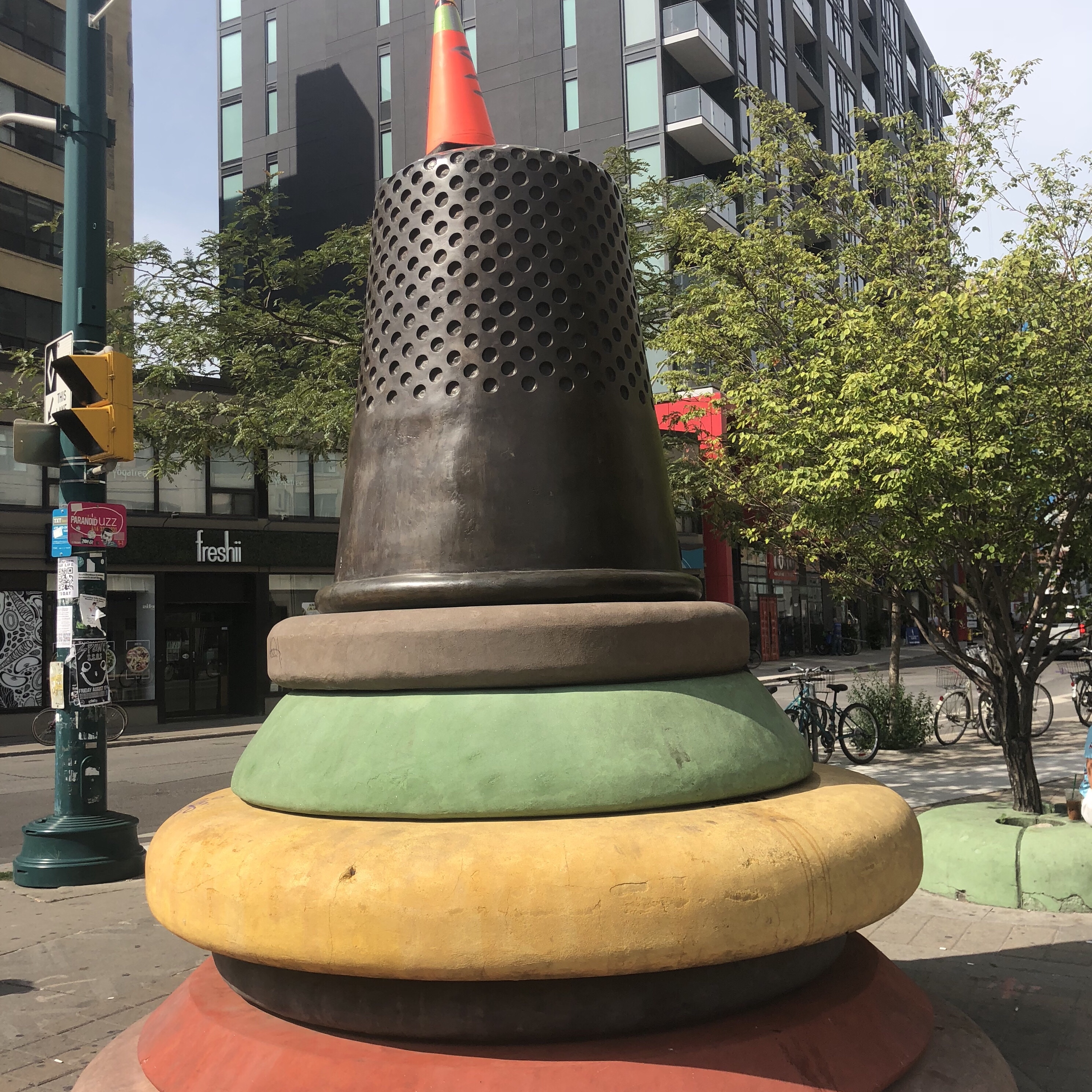 There’s a lot of thimbleism in this work..,

To cut a long story short (lest we reach 2000 words like yesterday) Kensington Market isn’t so straightforward to find. A bit of a hidden gem. It’s not even a typical market – rather a number of streets in the neighbour full of an eclectic mix of shops and eateries. But eventually we did find the right place. Pretty bohemian / alternative, with lots of second hand clothing stores, little eateries, and a few fruit and vege shops as well. And also a cat on top of the world. Just because. 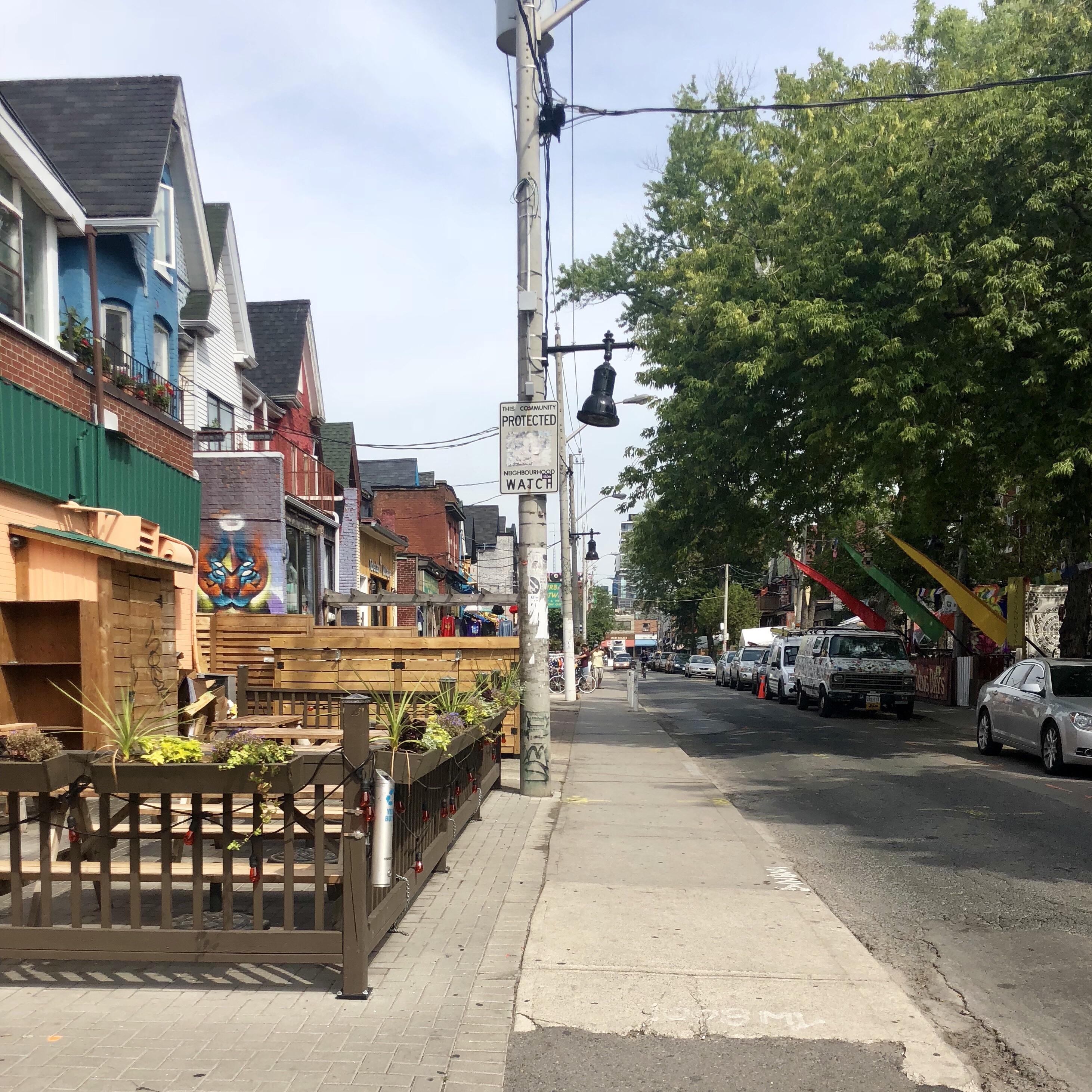 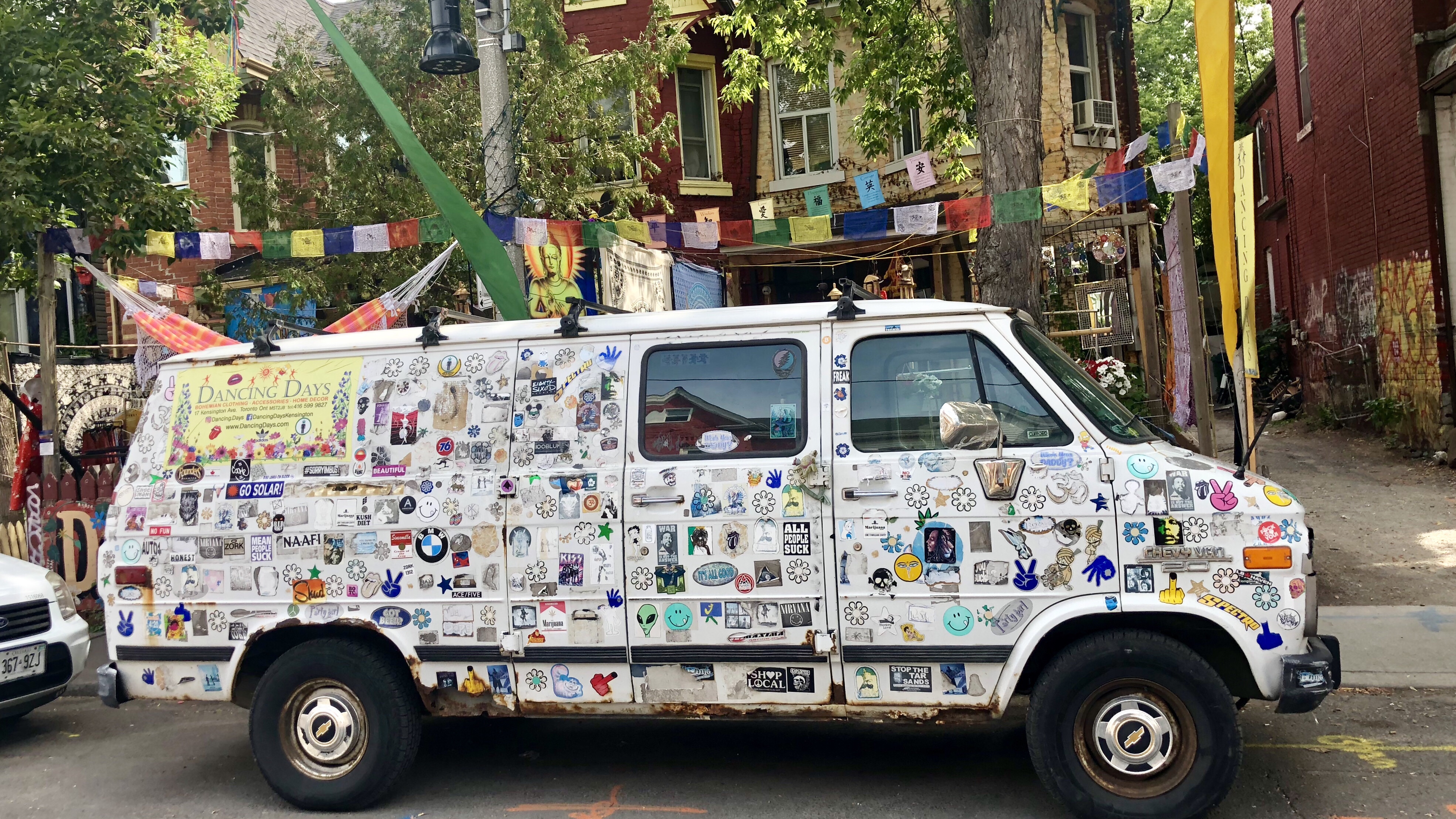 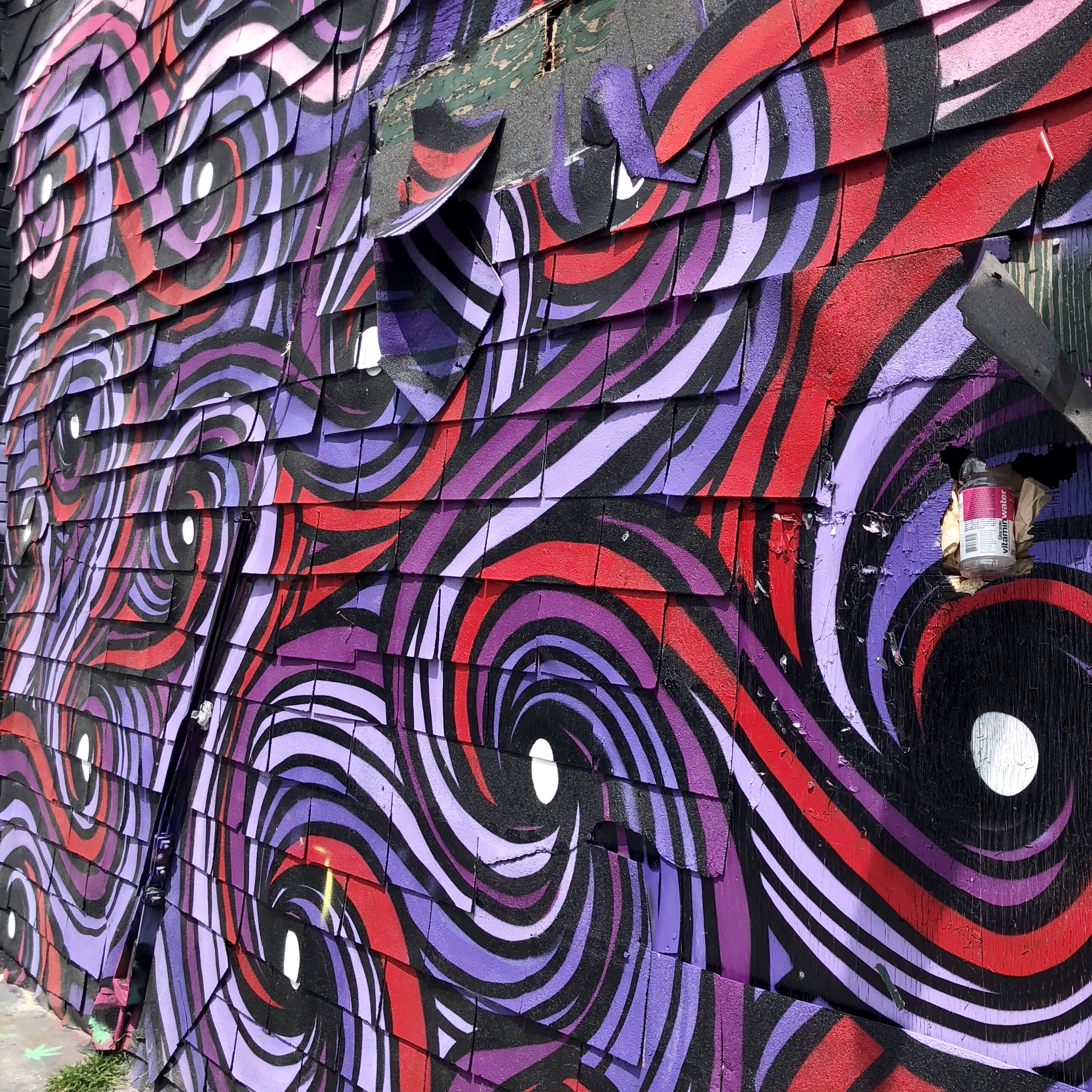 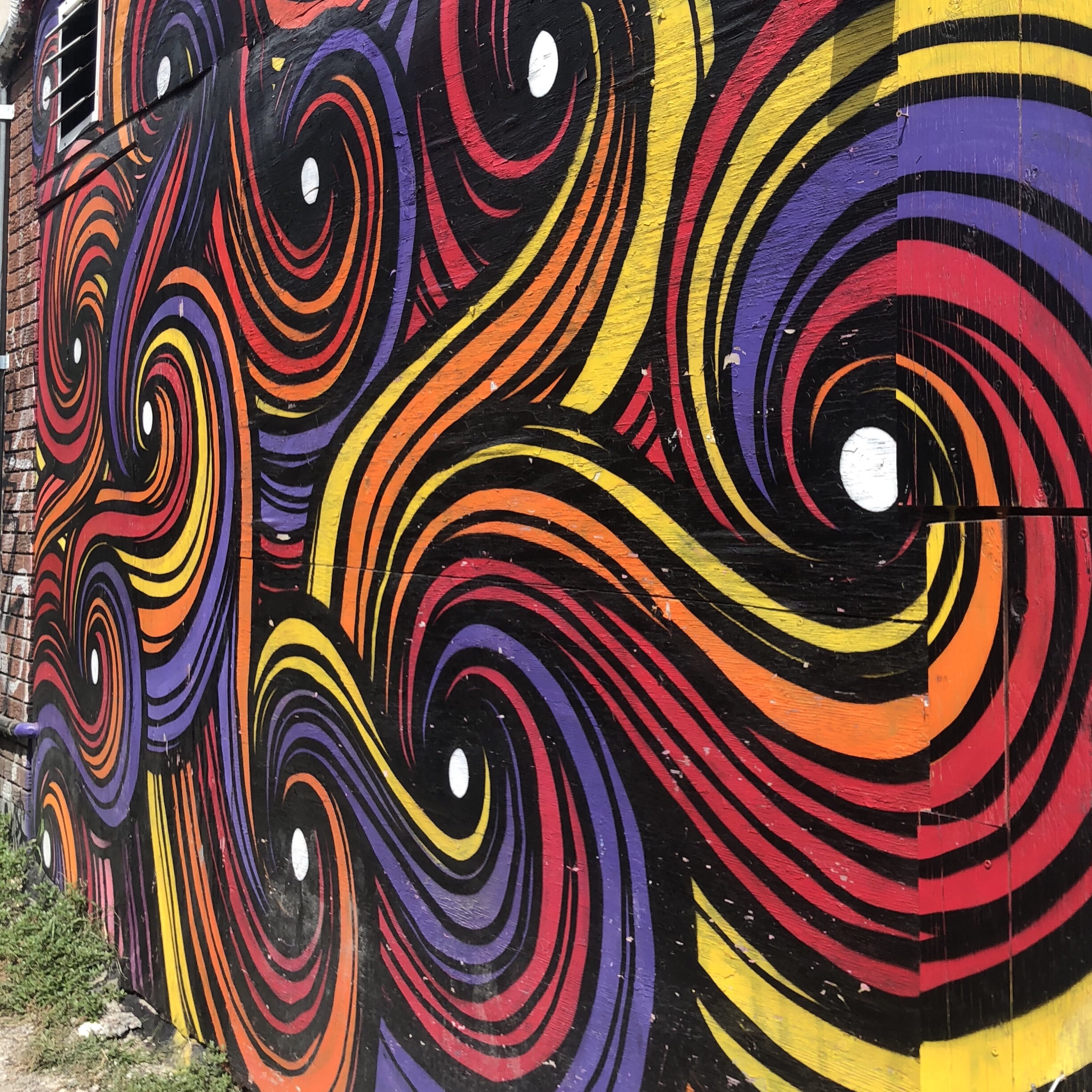 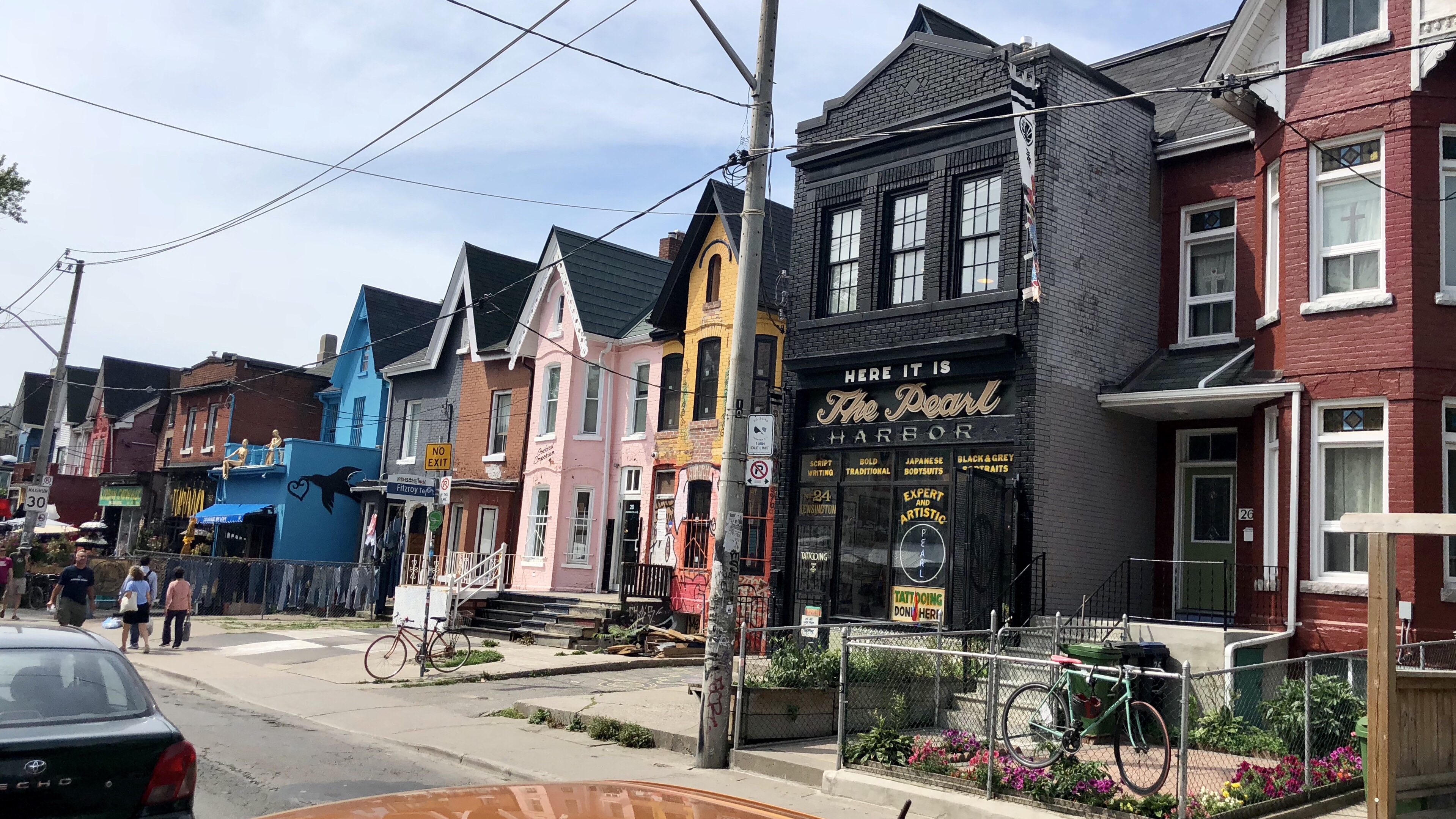 On sundays they close of a number of the streets, to make it more into a real market, I can imagine it would get really busy at that time – a cool little slice of Toronto.

Cool wasn’t really on the menu for today – it’s hot! Only 24 degrees, but it felt like 30 – maybe it’s the humidity, plus the fact we’d been walking nearly non stop for the past two hours or so. As luck would have it we chanced upon a nice park nearby – Grange Park. Nice and big, a fountain with really really cold water, some more art, a (kinda small) fenced-off area for unleashed dogs, and a bunch of trees with squirrels. 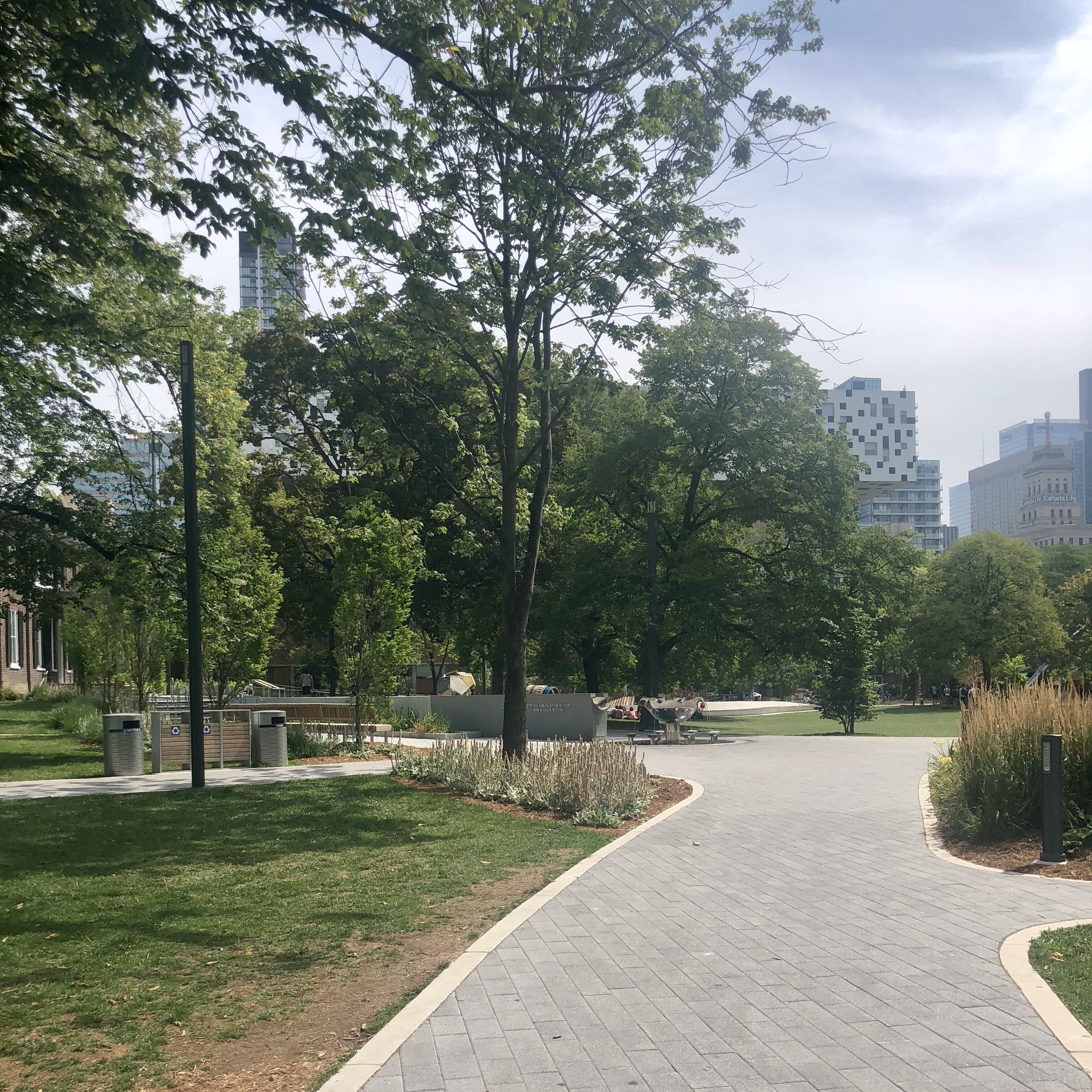 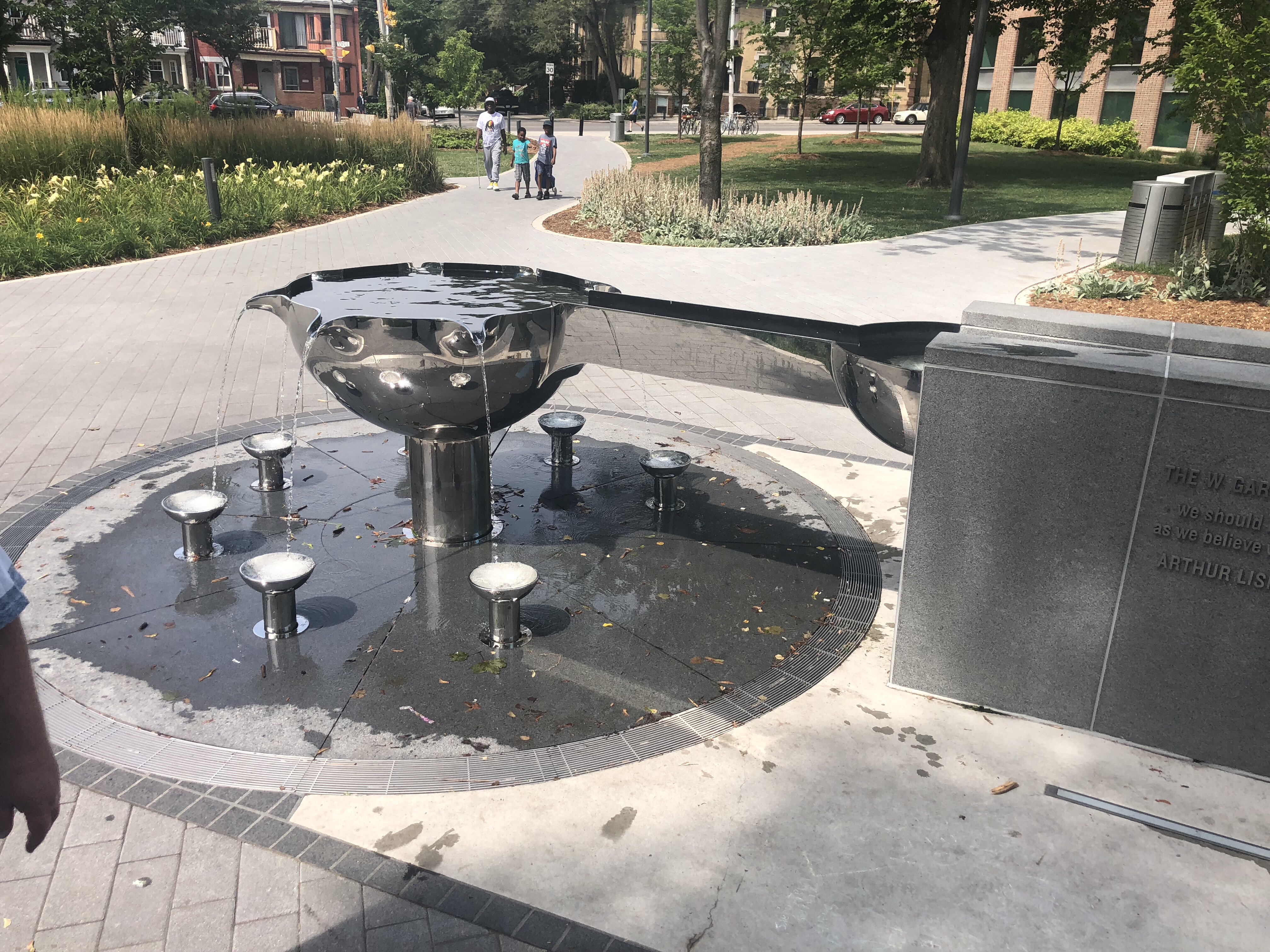 Squirrels are hilarious. I could watch them for ages. And so we did.  It in the shade and there was a small breeze, so seemed as good  place as any to spend a few minutes. 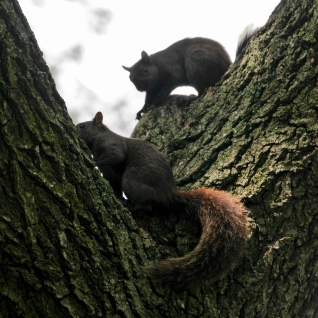 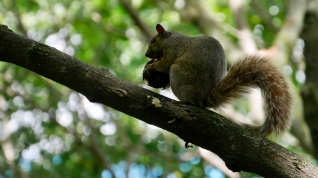 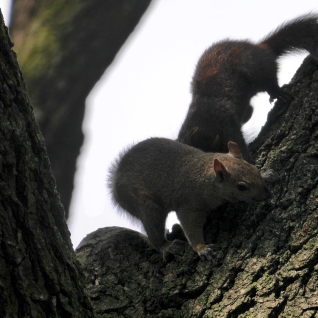 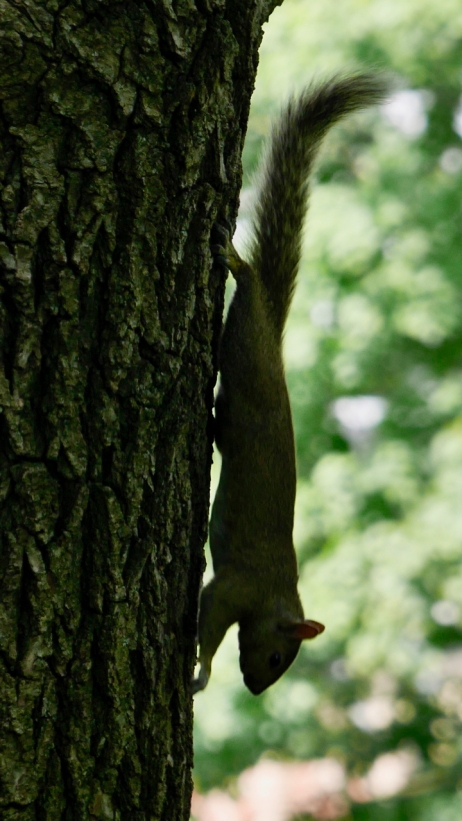 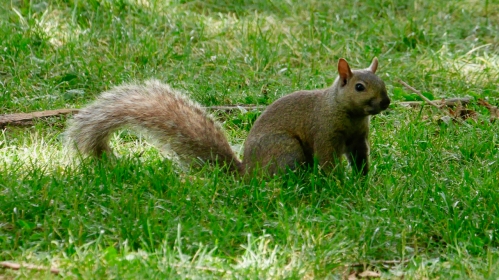 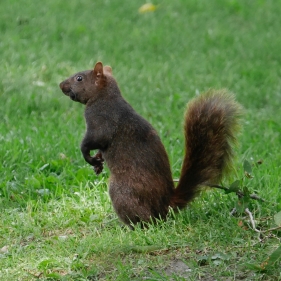 To get out of the heat for a while we headed back to the local Cineplex, to see Ocean’s 8. It was better than I expected – really enjoyable.  And two hours indoors, with aircon! 🙂

Walking back to the hotel we stopped in someone we had no chance of getting to last night despite out best intentions:  Sweet Jesus, the ice-cream shop.  Last night the queue was so ridiculous we walked straight on by, but today there were only a few people waiting so in we went. And indeed after the first taste, Sweet Jesus!  I had a ‘Hella Nutella’ and Perry had a ‘Red Rapture’ – mine’s pretty self-explanatory but Perry’s was a huge vanilla soft serve covered in red velvet cake crumbs, cream cheese sauce, meringue, and raspberry sauce.  Woah.  The person before us bordered a ‘Birthday Cake’ – a massive soft serve that comes complete with a lit candle on top.  Crazy, but crazy good! Now I completely understand why we couldn’t get anywhere near it last night just after the show finished.  Do check out http://www.sweetjesus4life.com/menu/ 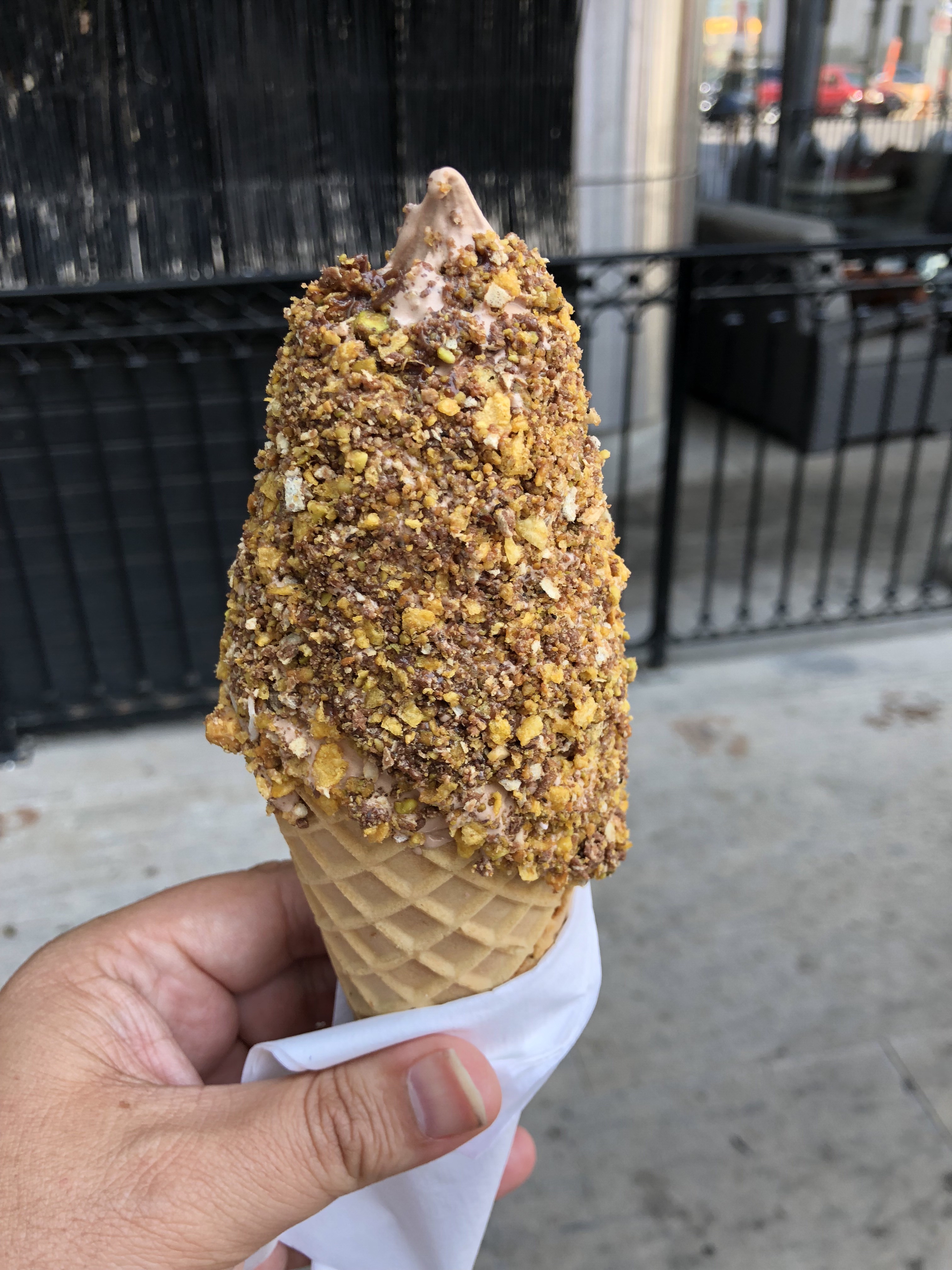 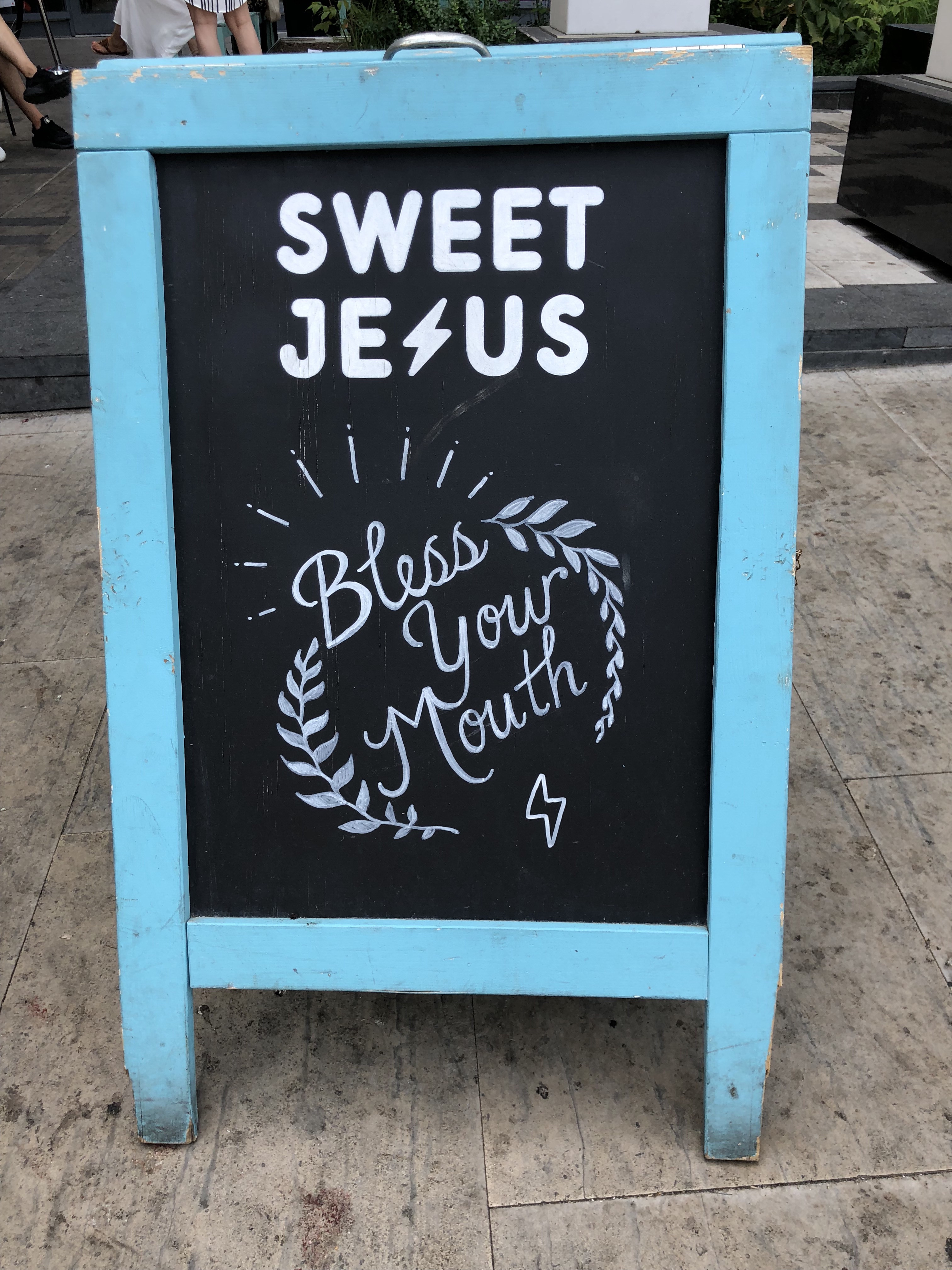 Making good use of the ice-cream-induced sugar rush – it was time to re-pack the suitcases.  It’s our last night in Toronto so time to see if we can squish everything back in for our impending journey tomorrow.  So far, so good. I’m very grateful that our remaining flights all have a 32kg-per-bag limit. We might need it!

Our last dinner in Toronto was at ‘Penelope’ – a great Greek restaurant not too far from the hotel.  Amazing saganaki cheese, tasty spanakopita, a fitting meal to farewell the city. 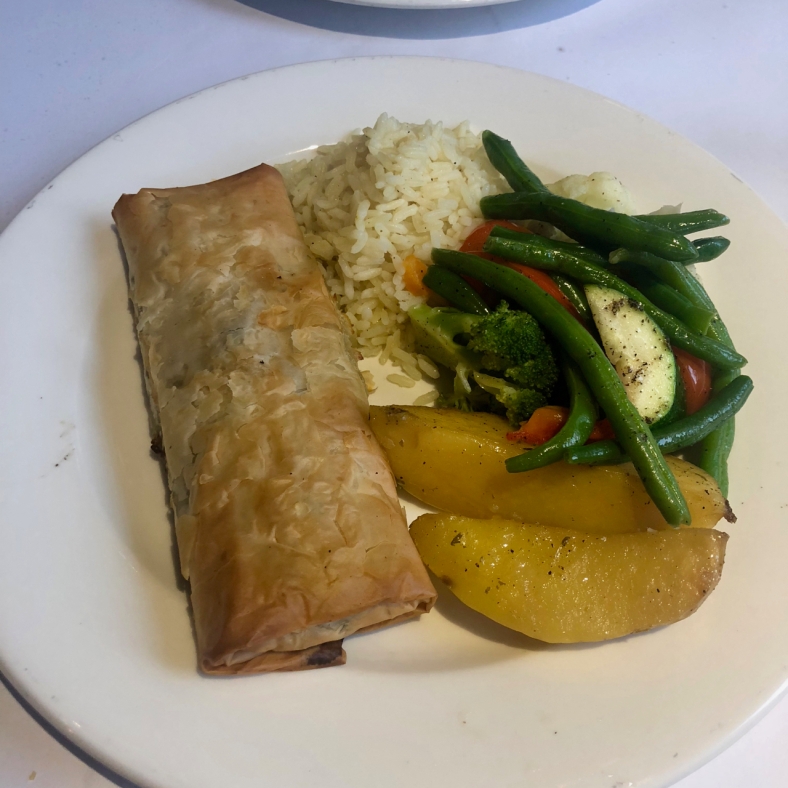 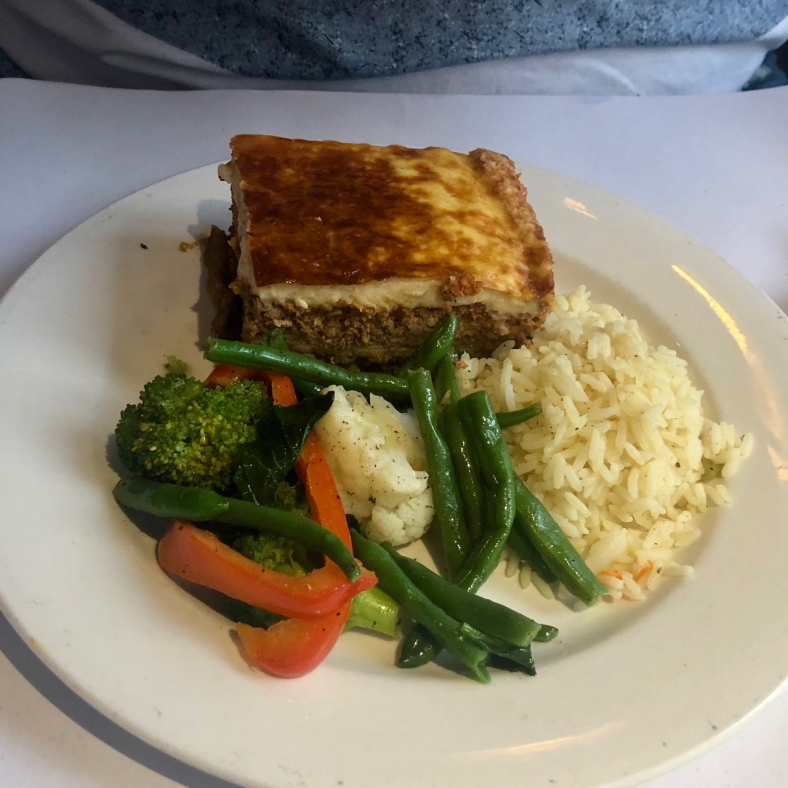 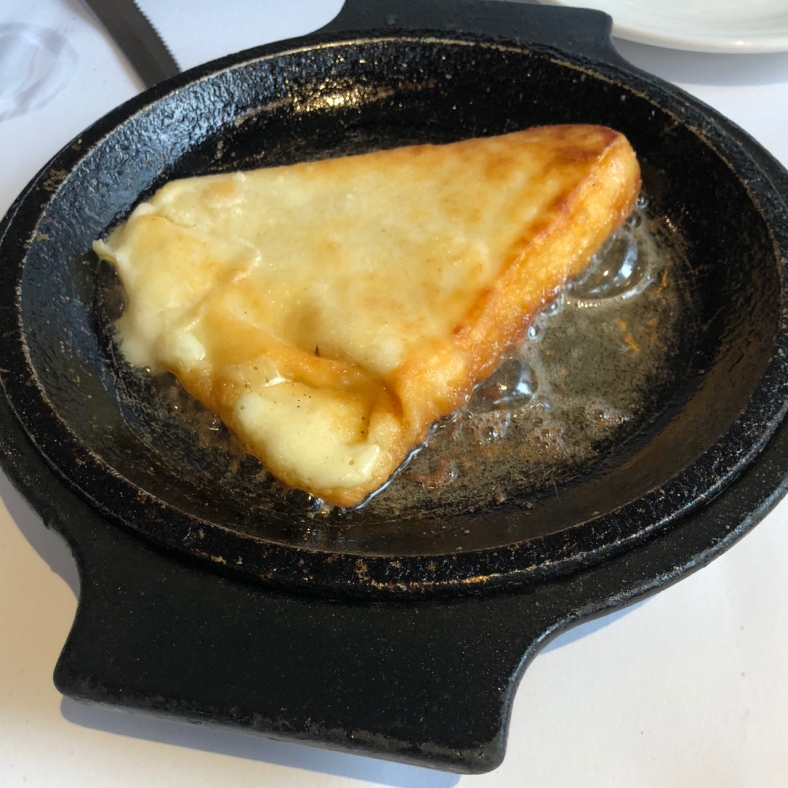 So, that’s about it for Toronto, which to be honest is a bit sad.  We don’t leave until about half way through tomorrow so we still have a bit of time to experience this lovely place.  I’m really impressed by Toronto – mainly I think it’s the people. It’s a happening, vibrant, diverse and accepting city, with plenty to do an explore. We’ll be more than happy to return one day.

This also (very nearly) marks the end of our visit to Canada 😦  We’ll come back, eh!

One thought on “HOToronto. And squirrels.”