4AM starts are not my friend. It also had to be the night where there were sirens blaring a few times, and that sound sure travels even those though we were 15 floors up. But we made it to our transport at the front door at 5am, even if a little bleary-eyed,  so no dramas there. The car was a nice plush Lincoln MKT – very comfy. Surprisingly (in a good way) it cost the same as the taxi from the airport when we arrived.

Passing through security it was nice to be able to keep belt and shoes on – but they were really interested in checking my iPad and laptop, go figure.

We hung out the Air Canada Maple Leaf lounge in Calgary while waiting for our flight. It was comfy, but there wasn’t much in the way food other than toast and cereal. Not to worry, we’d get fed on the plane anyway.  Coffee was out a machine, a pretty ordinary 5/10 on the iScott Coffee Scale. 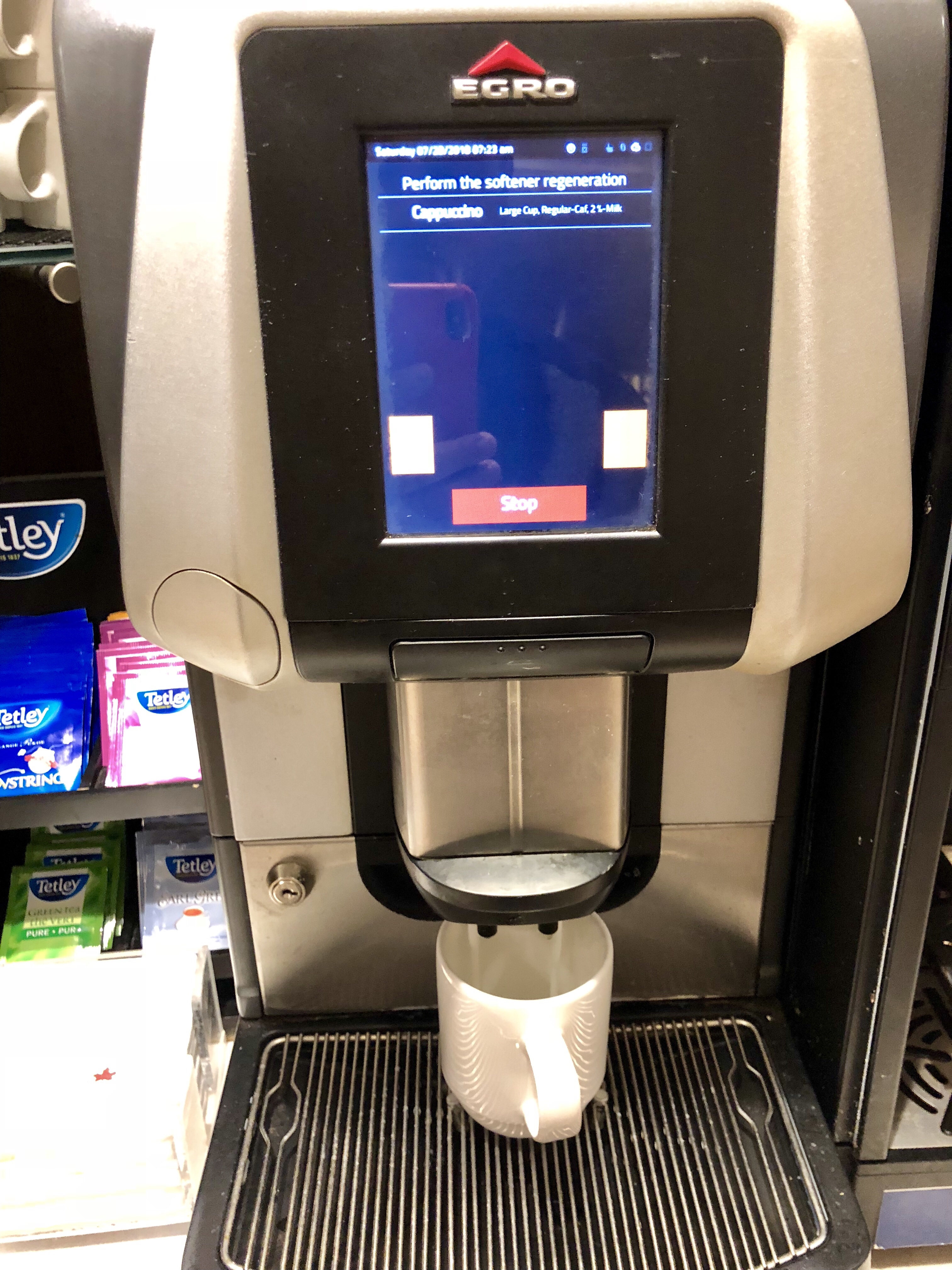 The flight was so good!  The seats were wide enough, but there wasn’t a heck of a lot of legroom – still enough to stay comfortable though.  It was an Airbus A320-200 – don’t tell anyone from Seattle that it wasn’t a Boeing 🙂  The quality of the service on Air Canada was just brilliant, can’t fault it at all.  Maybe we were just fortunate enough to get the best cabin crew member ever looking after us, but she did a fantastic job.  The food was also really nice – a plate of fresh fruit, followed by pancakes with maple syrup and apple/cranberry compote. The addition of a chicken sausage in to the mix was a but, umm, unorthodox, but it still made for a good, solid, tasty brekkie.  We were regularly offered drinks, and just before touchdown she came through with  basket of chock snacks to choose from. Welcome to Toronto, here, have a Kit Kat.

We both managed to get a bit of catch-up sleep on the flight which was nice.  I also finally got around to watching The King’s Speech, a movie I’d been intending to watch probably since it came out in 2010.  (Look, you can’t rush these things, OK?). Glad I finally watched it – really good movie. The only jarring thing was seeing Harvey Weinstein name in the credits.

Once the luggage (finally!) made its way off the plan and into our hands, we jumped in a taxi – there’s a flat rate far from the airport to downtown hotels, so that was nice and easy.  Our room wasn’t ready when we arrived, but no dramas they said, they’d give us a call the moment it was ready.  We took a wander round, to find we’re kind smack dab in the main entertainment district and restaurant district. 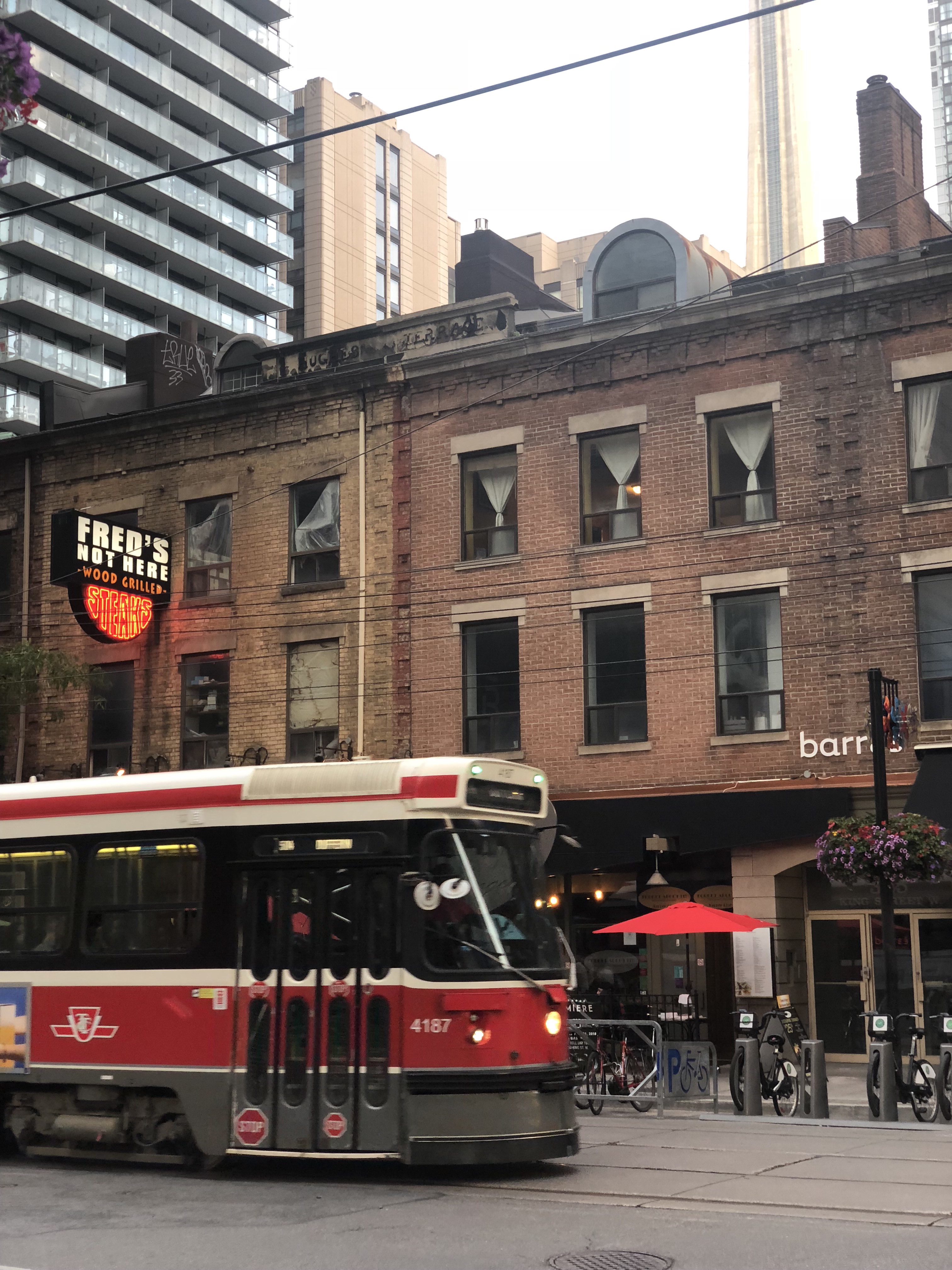 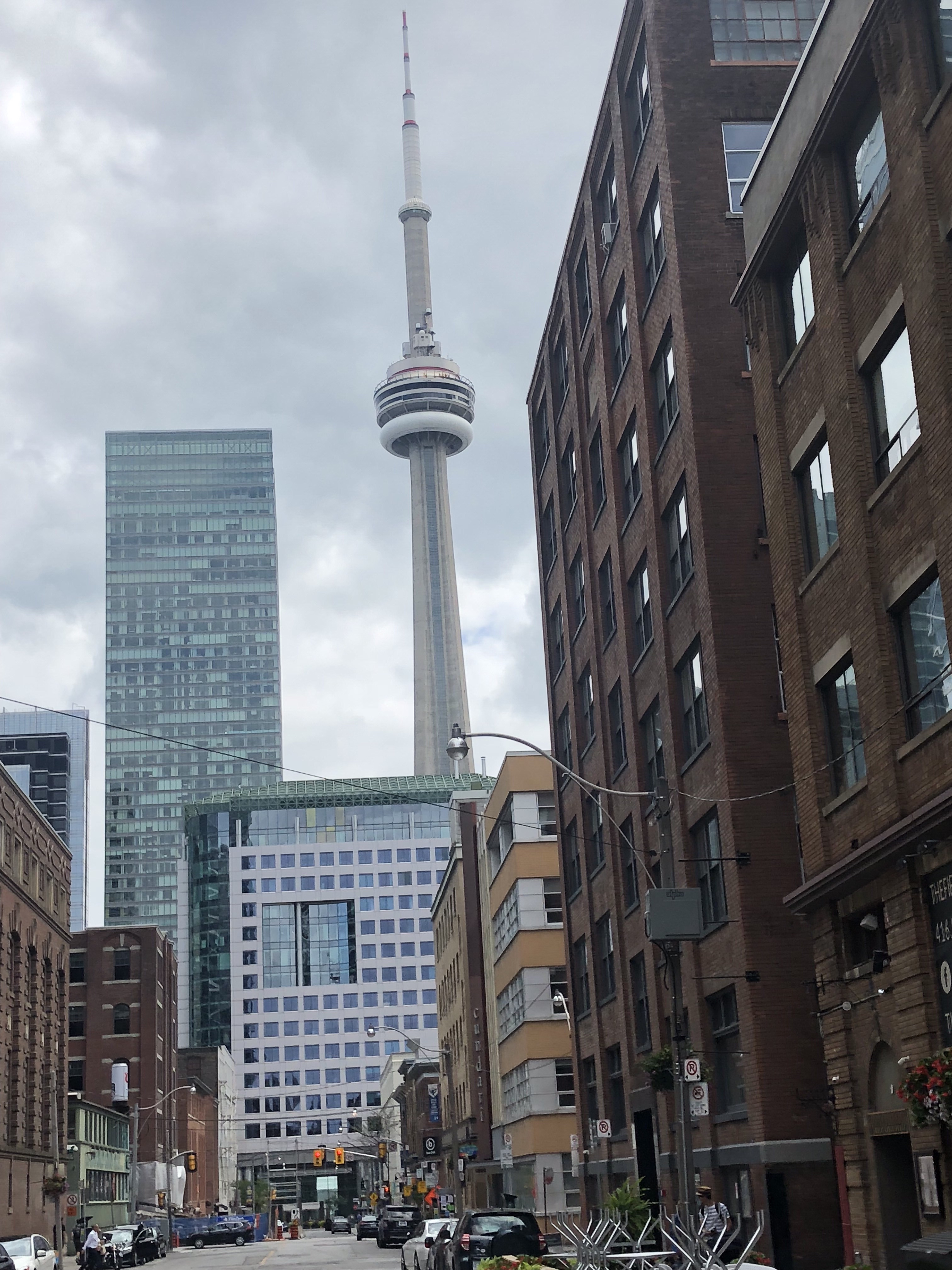 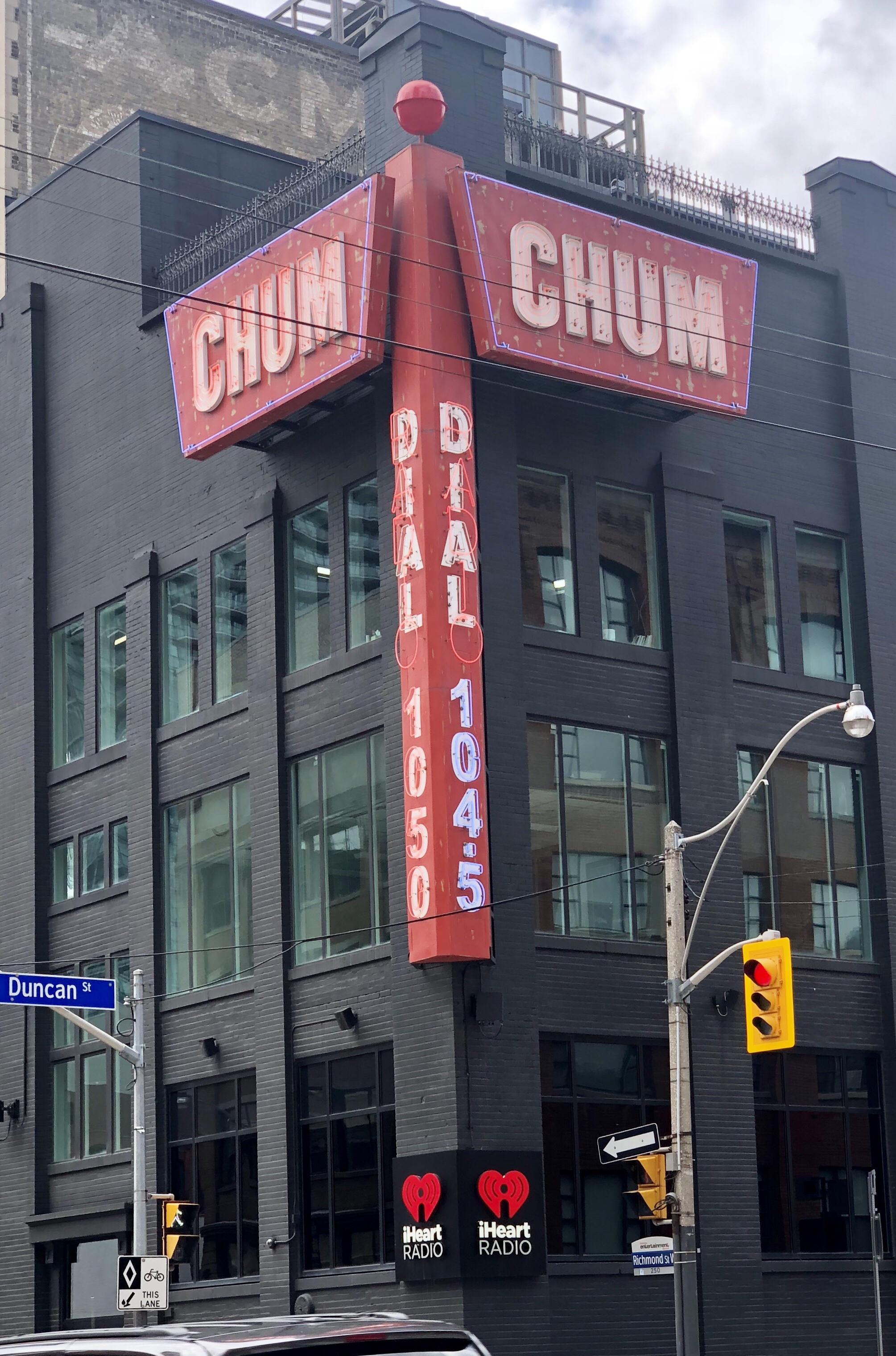 We partook in what I believe is a Canadian institution – coffee and a bite to eat at Tim Horton’s.  Nice enough fast food, and a nice cold coffee drink. 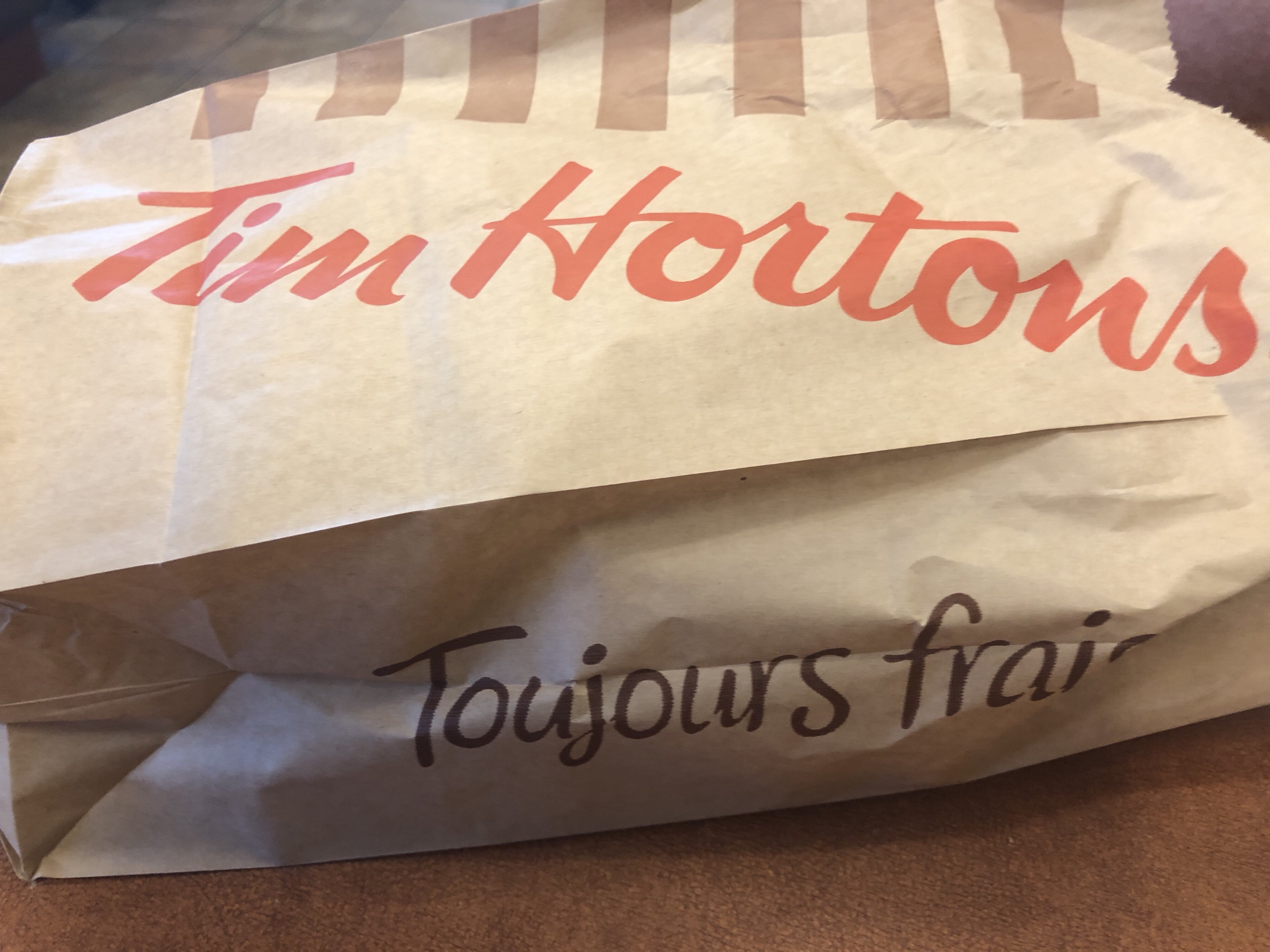 Walking around the entertainment/restaurant district, it was heartening to see five or six coffee places that say they really specialise in their coffee (again, just like King Street in Newtown), so tomorrow morning should be a good wake-up.  We’re here for a few days so should get a good opportunity to sample a few of them and see how it goes.

Once we were done with wandering and eating, the hotel still hadn’t called, so we went and sat in the lobby for a little while until the 4PM checkin time.  Sure enough the room was ready, they just never called about it.  I think there was a shift change while we were out, and maybe notes didn’t get passed along.  Were were then checked in by someone whose name tag should have read Mr Unenthusiastic.  Sorry to sound whiny but to be frank, this place is bloody expensive, and I was expecting a better quality of service.  The room itself though it really nice – rather stylish and a good size.  It has a few red accents, they must’ve known we were coming.

We’re not far from a cinema, and our our wanderings earlier we saw that DeadPool 2 was still playing, to we popped in to see that.  Too tired to be bothered doing much else, really!  It was good – better than I was expecting for a sequel.  The pre-show suff was interesting – they had an interactive quiz game that you could play via your phone and compete against other people ion the audience if you were keen. No I wasn’t keen, but it’s a clever idea.

After the movie we found a Paramount – the amazing place we had dinner on our one night in Vancouver.  This one was quite  bit smaller and more of a takeaway joint – but still served up delicious middle eastern food.  We also somehow found gelato. So unlike us!  Their ‘London Fog’ (Vanilla and Earl Grey) wasn’t a patch on the homegrown version at Cow & Moon at Enmore, though.

Travelling from Calgary to Toronto, we shifted timezone, so it’s two hours later.  So it’s currently 9:15pm, but due to the lack of sleep and the early start, I’m glad we lost two hours out of the day – this way I don’t feel at all guilty going to sleep at 9:15 – whereas if it were 7:15pm it’d maybe be a different story.

So, it’s lovely to be here – looking forward to discovering and learning more about this buzzing city.  But not tonight, I’m tired….

2 thoughts on “Toronto (or as we classy people say … Tronno!)”