Despite having two nights here we really only have one full day to enjoy Calgary.  We started by getting out for breakfast around 8 … and finding basically nothing open.

Seeing this sign on the way amused me though… 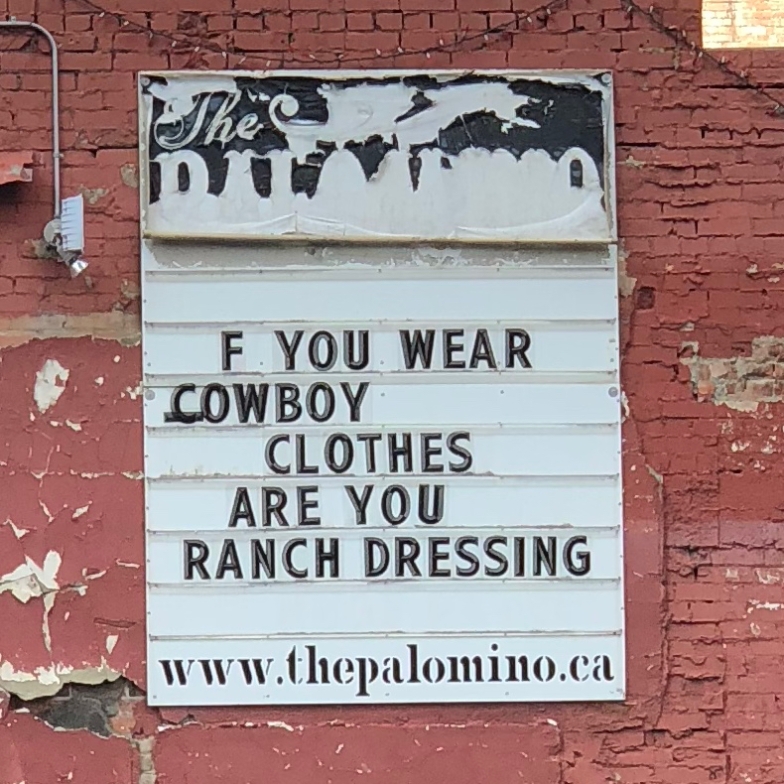 Eventually we stumbled upon a fantastic wonderful and awesome cafe – Deville Coffee – https://www.devillecoffee.ca .  I knew it was going to be good as soon as I looked at the menu – they had a Flat White.  I ordered it, and happy to say I received the best coffee I’ve had on this entire trip so far.  Easily a 9/10 on the iScottboy Coffee Scale.  Deeeelicious.  I always know a coffee is good when it doesn’t need any sugar.  It was accompanied by a really flavoursome veggie breakfast wrap. 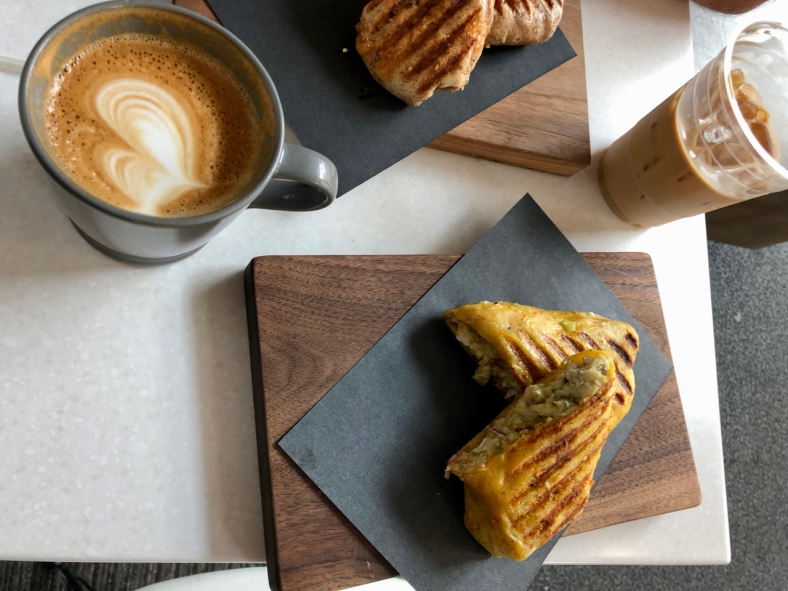 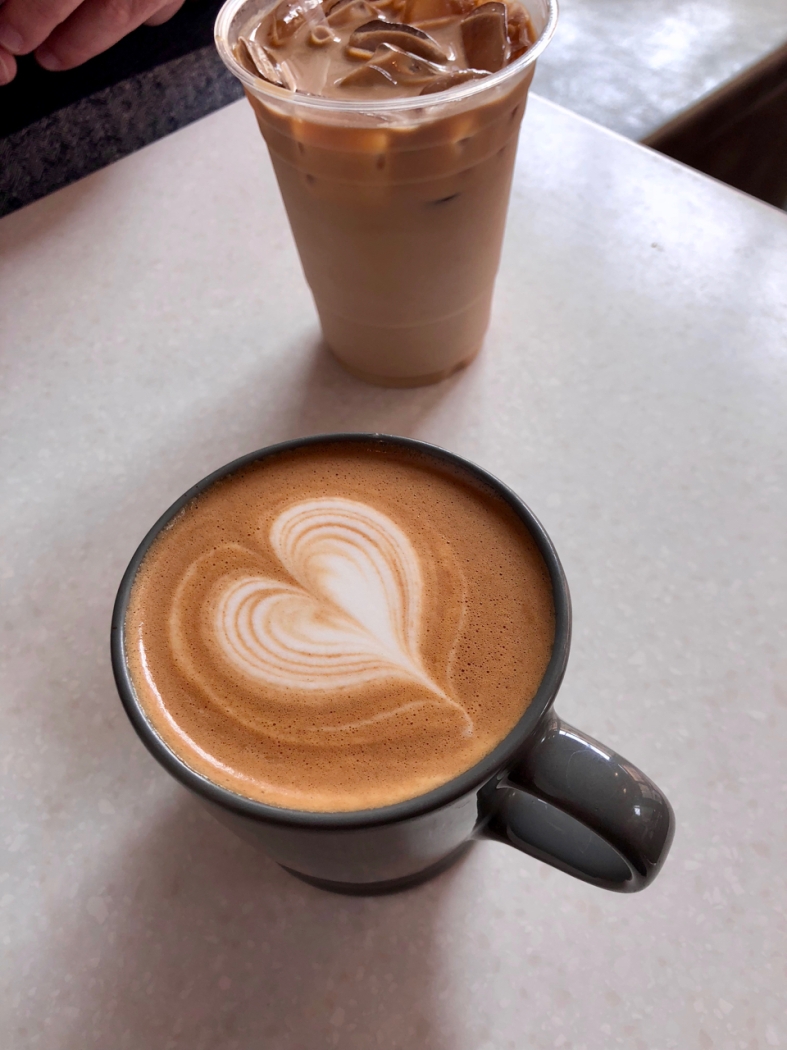 By this time, the Calgary Tower had finally opened so it was time to go visit and get an overview of the city.  Along with access to the tower they also gave access to a fantastic audio tour – powered by an iPod Touch in a little case.  A great idea, and worked really well, gave you history and information about some of the stuff you were looking it.  For example I’d never have guess that the kind 80s looking glass stacked/stepped building was the ‘new’ City Hall, with the 1900s one right next to it. Also after what I’ll admit was a little hesitation, we stepped out on to the glass floor that looks straight down.  It’s like my brain knows its safe, when just before stepping out it’s all like “whoa hang on a minute!”. All good, we didn’t fall through 🙂 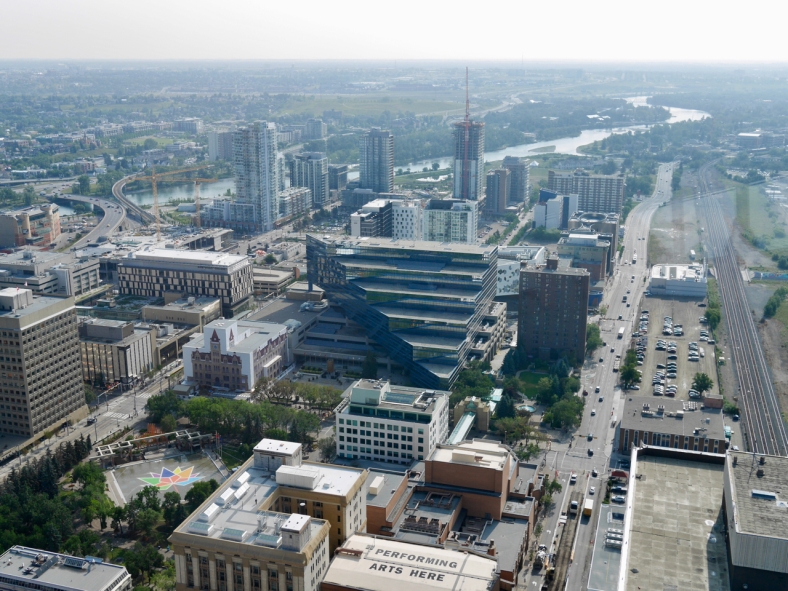 City Hall in the centre

Comparison with other towers around the world 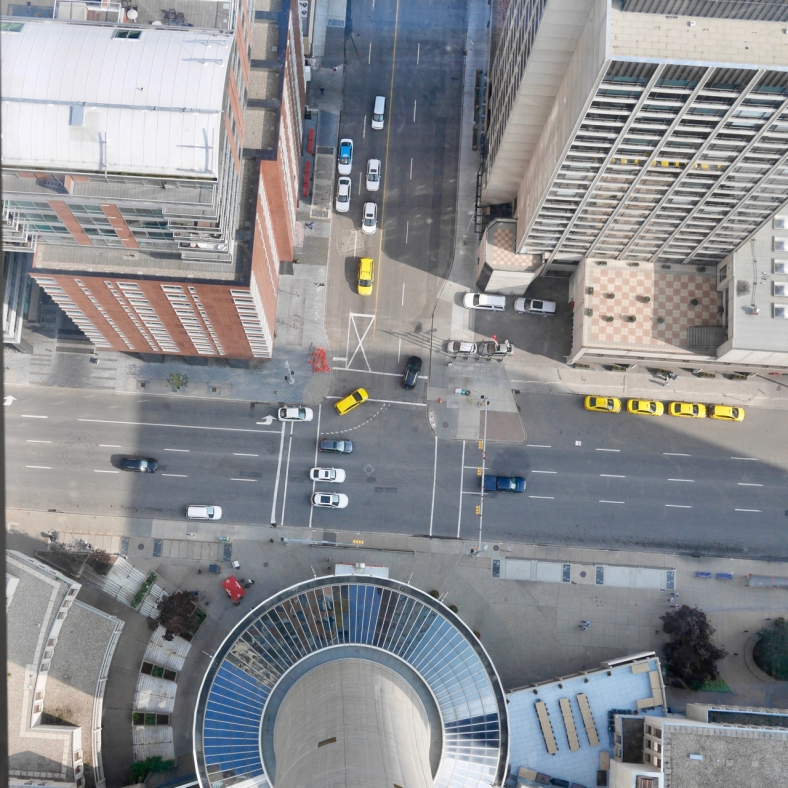 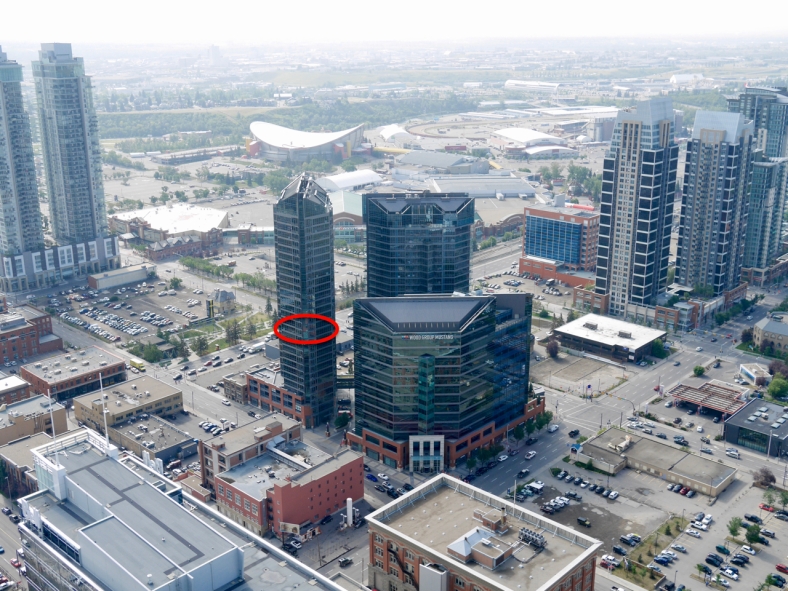 The place where we’re staying is circled

After towering over Calgary, we thought a vii=sit to the zoo would be in order.  That meant navigating the extremely difficult and challenging “C-Train” system.  Such complexity.  There are two different lines to choose from. One’s Red, one’s Blue.  Phew, it’s a wonder we ever managed to find our way to the Zoo 🙂

OK, so it was just three stops on the Blue Line, too easy.  Even the ticketing is easy – no need to tape on or tap off, just buy a ticket and have your proof of purchase with you.  No gates, barriers, just wander on and wander off.  I guess they’d have roving guards checking tickets but we didn’t see any.  Anyway, in almost no time at all we made it to the Zoo – which has its own train station. Lovely!

It’s quite a nice zoo – I don’t know if that much I can described that would cover anything new or exciting about a zoo… but I did take the requisite pile oh photos, some of which are worth posting here.  My favourite exhibit would have to be the Black-tiled Prairie Dogs.  Yep they were even funnier with the Meerkats.  Wonderful creatures. 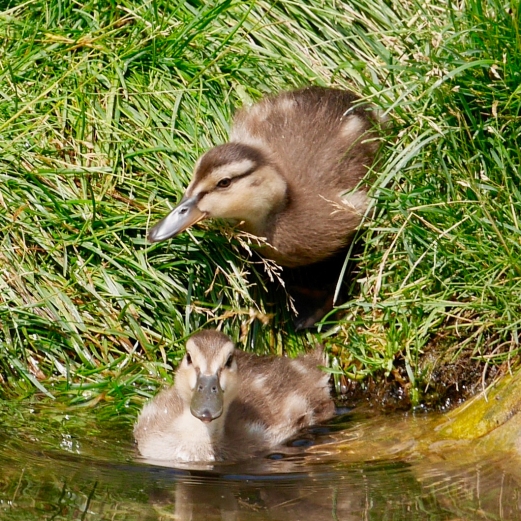 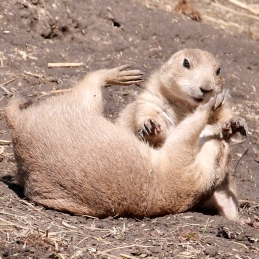 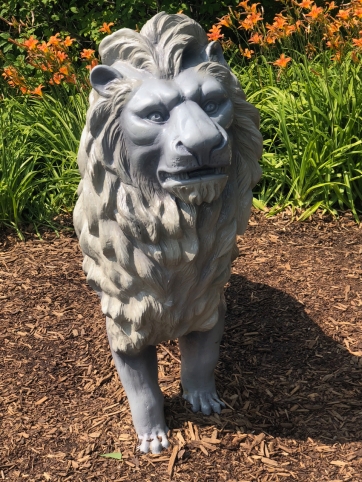 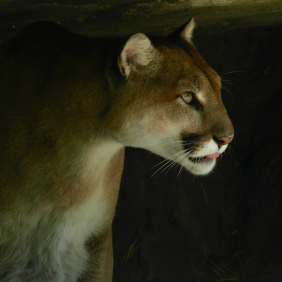 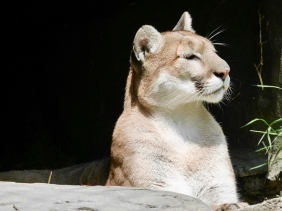 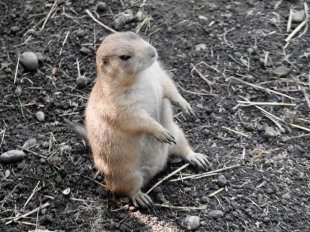 This guy was a hoot! 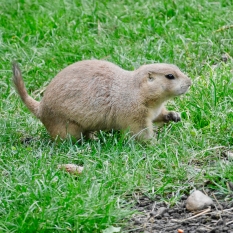 Thought it was a roo at first! But no, it’s a deer.

Nice way to stop people trying to climb the fences

It was a very nice way to spend a couple of hours on a rather warm day.  I don’t buy it for a minute that the temperature only reached 22 degrees, it felt a good five degrees warmer than that.  We’ve still been blessed with amazing weather for this whole holiday.

Saw the best sign at the zoo – I’m still not sure what this is all about:

We caught the C-Train back, and here my inner sniggering 15-year-old found the perhaps Calgary does share some similarity with London.  London has trains terminating at Cockfosters … and as for Calgary : 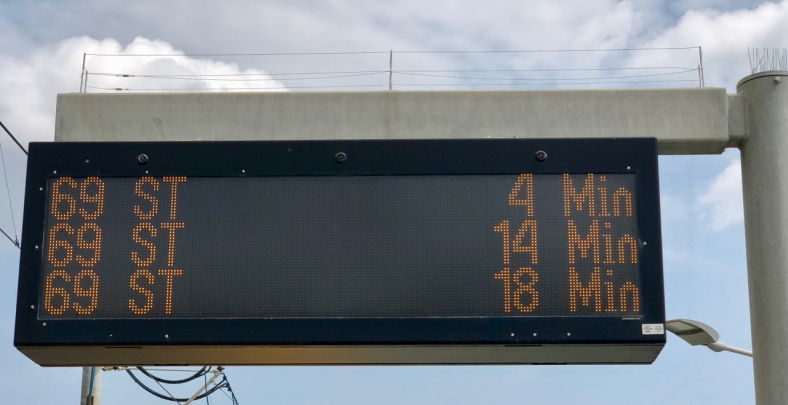 This amused me a bit too.  I mean I can press help, sure, but now I have to do what?!

After the Zoo we caught the train back into town and checked out the main shopping district – Stephen Avenue.  Hi Stephen!

It was nice – a kind of Pitt St without the Westfield getting in the way.  With our feet feeling like they were about to fall off we headed back to the apartment for a well-earned rest, and lots and lots of water (this holidaying can be very thirsty work).

Also noted this sign that you’d never see in Sydney: 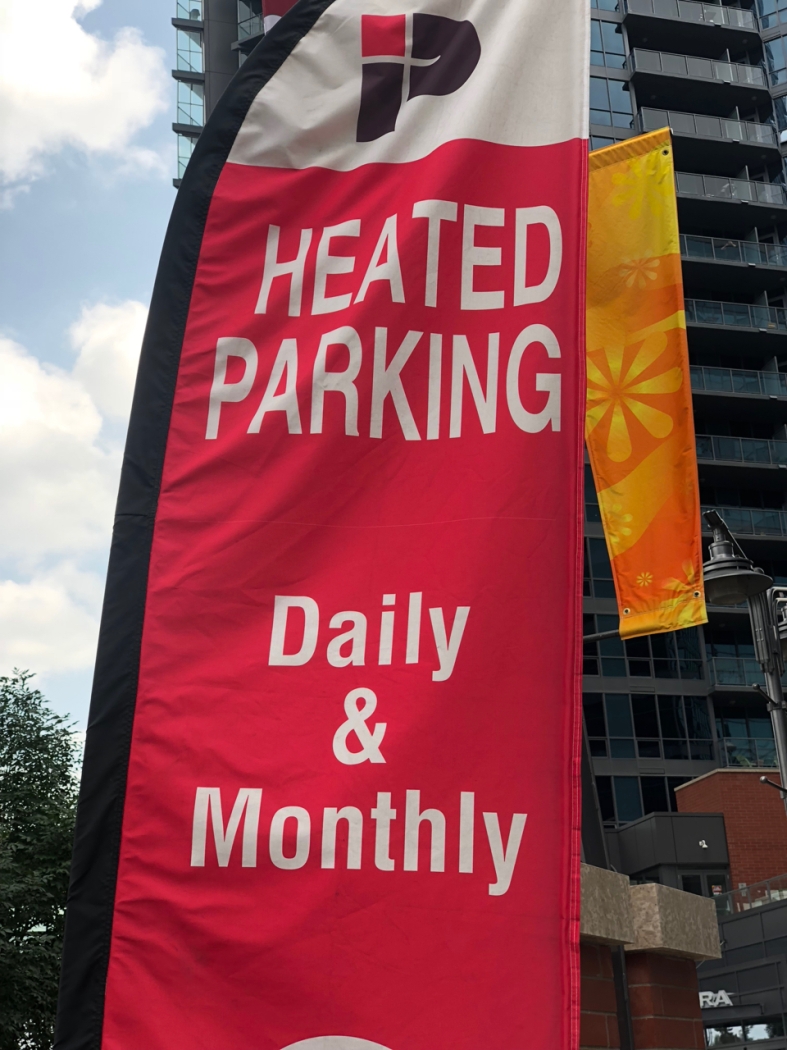 For dinner we headed back to the supermarket under our building, and found it has a restaurant attached as well. Not sure in hindsight if it was the beat idea as they were a bit under pressure, and things took their own sweet time to arrive, but it was really tasty, they didn’t crack under pressure at all. . And in a move that will surprise absolutely nobody, of course I took photos of the food : 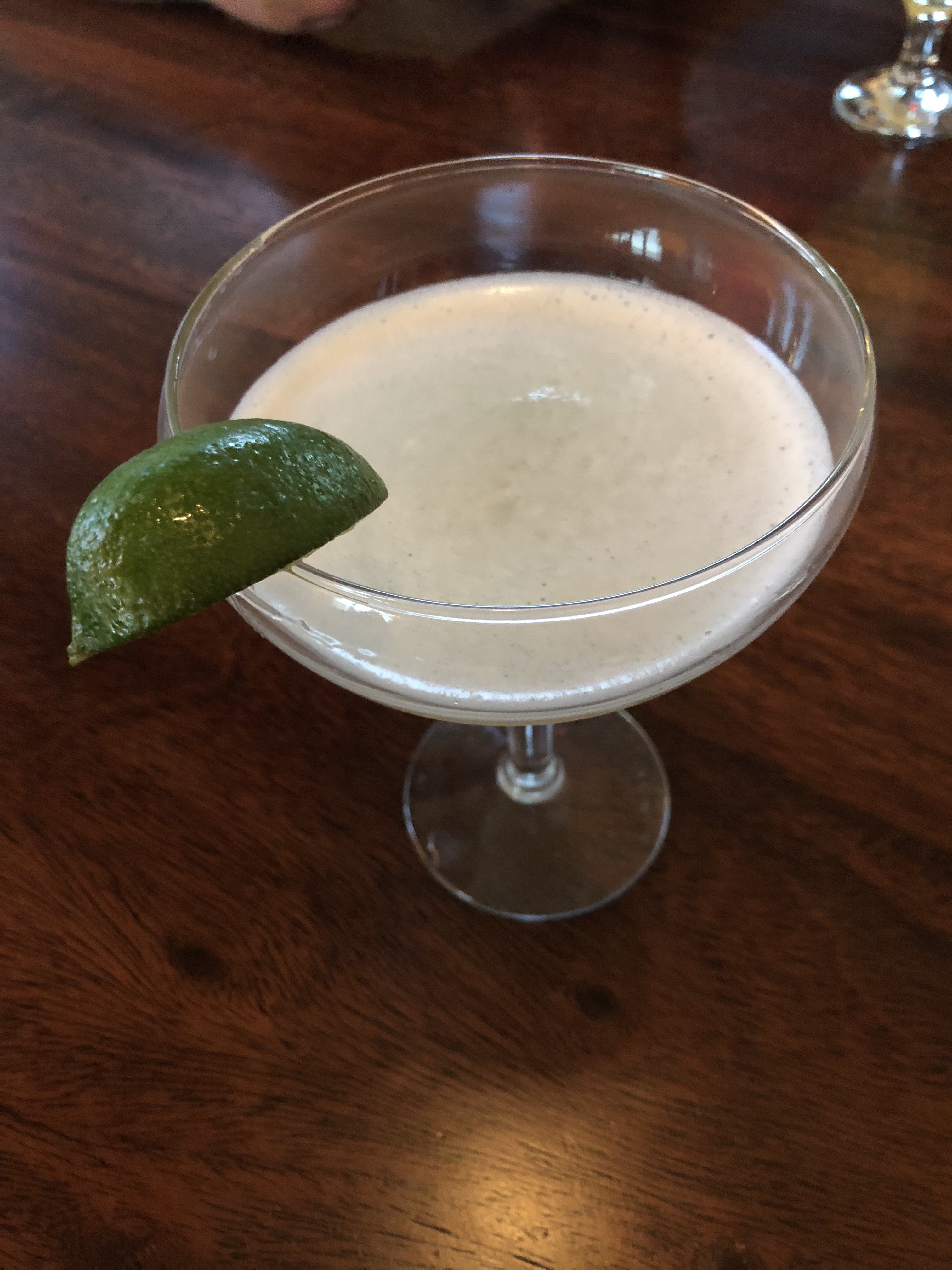 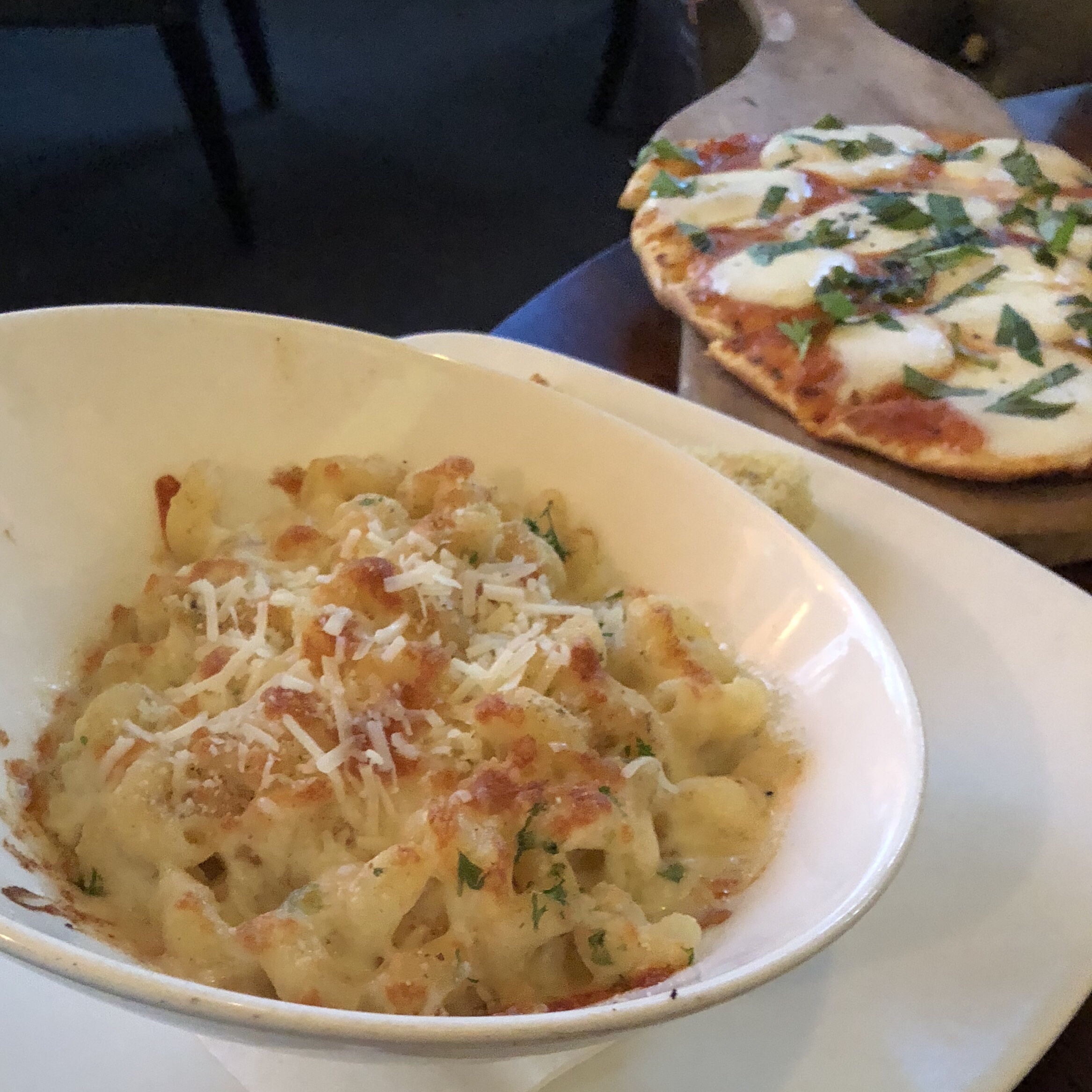 So … that’s it for Calgary.  Nice city, we didn’t really get enough time to really get a proper feel for it – but it was a very nice pit-stop for a place that has a decent airport where we can get a full-size plane to Toronto tomorrow.   Heading out at 5:15am is going to be a killer, but, so be it.

One thought on “Calgary and its animals”