This will be a pretty short entry – it was a pretty quiet day.

But first a bit of a recap on some things I missed talking about previously. 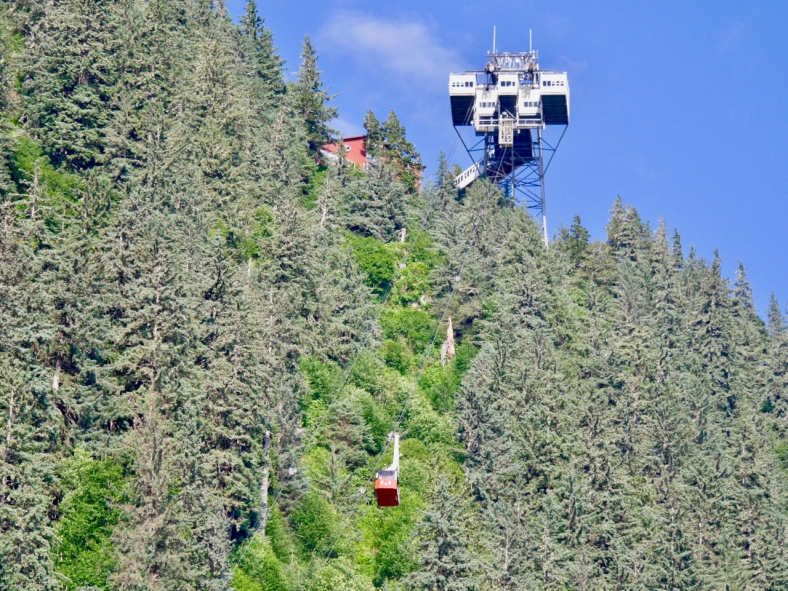 I’ve been able to upload a time-lapse version of the joinery up to the top. Happy travels!

We entered one of the many many gift shops, will this was more a photography shop that also had a few souvenirs.  We bought a very cute orange glass moose (as you do), and got talking to the shopkeeper.  It was the standard ‘where are you from’ discussion, ’til we found out this guy grew up in Sydney and moved to Canada in 1994.  He’d been very much acclimatised, he retained barely  hint of his aussie accent.  After chatting a bit more we found our he grew up on Loftus – a whole one suburb away from where I grew up!  It is, as they often say, a small world indeed.

It was a bit sad to check out of Banff, such a beautiful place.  We booked a shuttle to get us to Calgary.  It was a very nice ride, but prt way through something kinda strange happened – all the mountains disappeared!  It was kinda weird staring at flatter, more ‘normal’ land as we travelled eastward.  I think maybe they were growing canola as there were some fields with a big splash of yellow.

What else happened.  Umm, I saw a train? 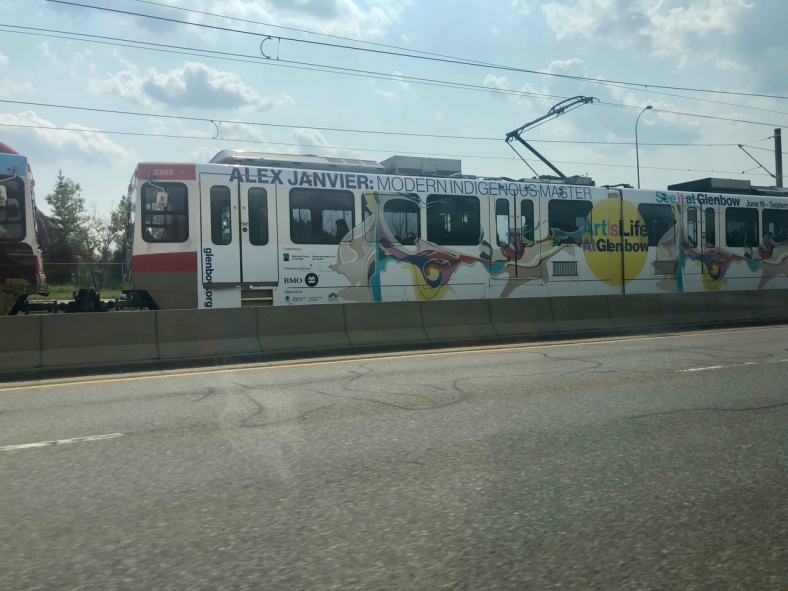 That was about it – it was a drive from Banff to Calgary, it took  little over 90 minutes, all was well, and I can recommend the ‘Banff Airporter’ service. It goes from Banff to the Airport, so then we got a taxi to our accommodation.  For Calgary, we’re staying in an Airbnb.  We’re up on the 15th floor of a block of flats, it’s quite nice, and has a bit of a view.

The other exciting thing, at least exciting for anyone on a long holidays, is right here:

Laundry facilities!  It was nice to get all the laundry washed and dried without having to go find a laundrette or anything like that.

There’s a supermarket built into the ground floor of the building – and even a built in cafe which was nice – we grabbed a very late lunch, and then some bits and pieces to have for dinner.  In the taxi we heard reports of the major thunderstorm warning so we figured for today we wouldn’t stray too far from our place.

The major thunderstorm was about 10 mins of rains and a single crack of thunder.  But not to worry we made it through unscathed, somehow 🙂

And, really, that’s about it for the day.  We watched telly, ate the stuff we bought for dinner,

A very quiet day, but sometimes even when you’re on holiday, you need a holiday.

One thought on “A quiet day in Calgary”