There was no doubting where we were this morning when the ship docked – this was the view from the balcony:

I went upstairs to gorge myself on my last ship breakfast (coffee, a selection of cold meats, Swiss muesli, and some pastries, if you must know) and got back to the room in time to double check everything, get the bags sorted and get our way off the ship.

Being willing to handle our own luggage was one of things that qualified us for “expedited” access – and quite a few other people, judging by the line of people queued up in he place they told us all not to queue. But seconds after we arrived they announced that expedited disembarking had commenced so we ended up being in the right place at exactly the right time.

And with a few more steps, and a final scan of the keycard, that was it. End of the cruise. All over. Thanks for coming. No more free food, no more towel animals.  Ahead of, a long walk up the gangway, and back into the real world.  My bags are heavy, it’s all uphill, I’m puffing and panting like the very unfair person that I am.  But next minute, hand over the declaration form, and hello, we’re in Canada!  Didn’t even need to get our passports out which was kinda odd, but convenient.  Fortunately there are taxi’s right there once you’re in, so it was easy to get to our hotel. And also fortunately they were able to store our bags for a few hours until the room was ready.

First impressions – Vancouver feels a little like Sydney.  It was cool but not cold, and pretty dead at 8am on a Sunday morning.  Wanting to see as much as we could in as short a timeframe as possible, we found the  Hop On Hop Off bus, our usual trick, and off we went on a tour around the town.  Two tours actually, as there are two buses.  One for the city, and one that goes around some of the parks.

There were a few chances here and there to stop and grab a photo before getting back on the bus – so the photos aren’t great as everything was done in a bit of a rush. Here’s a bunch of pictures. 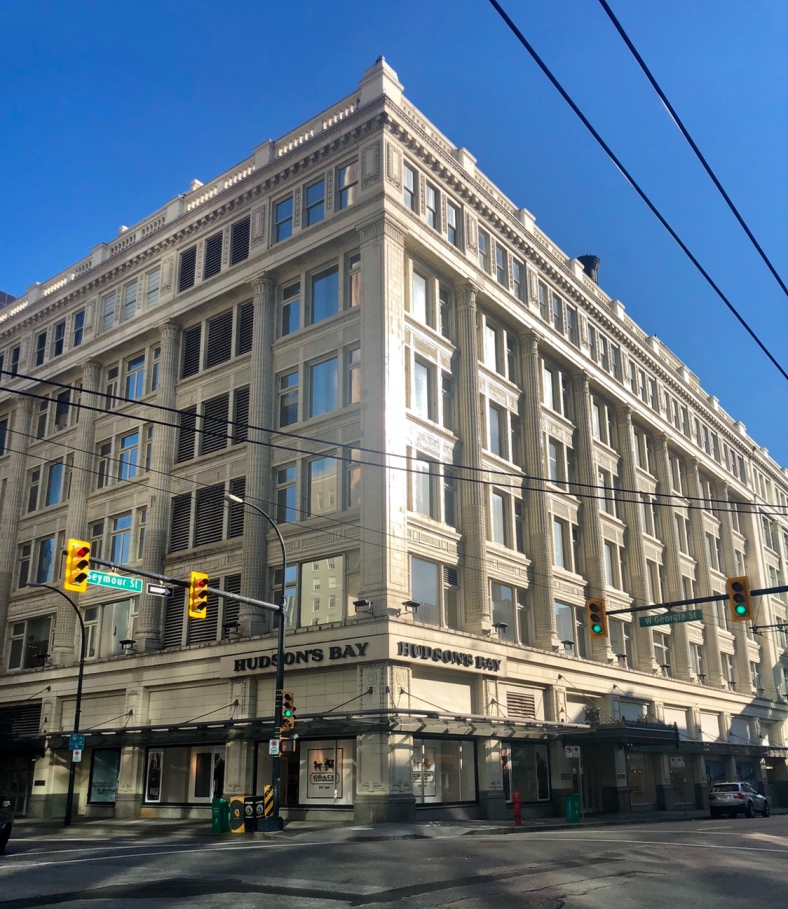 The famous steam-powered clock in Gastown 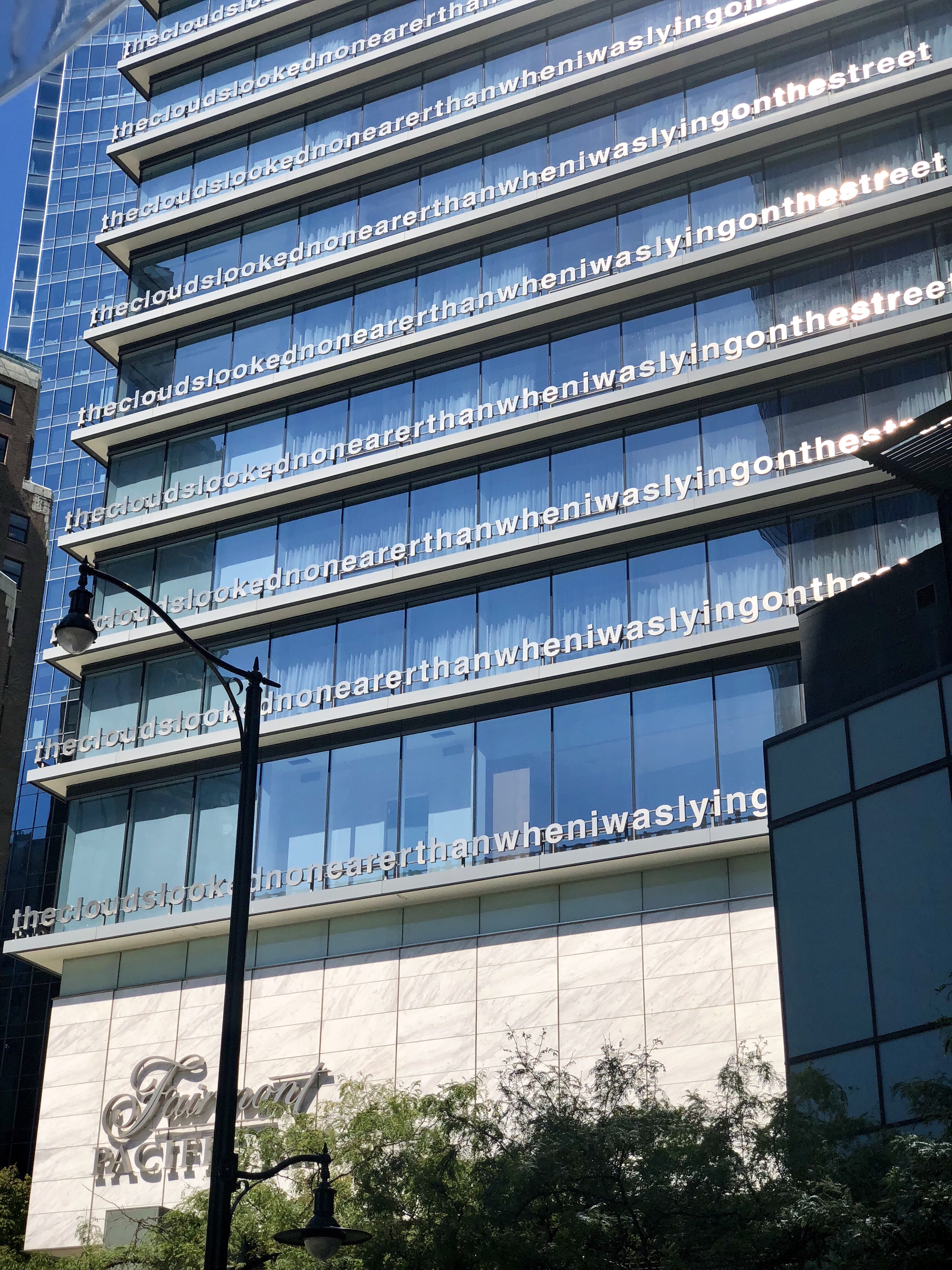 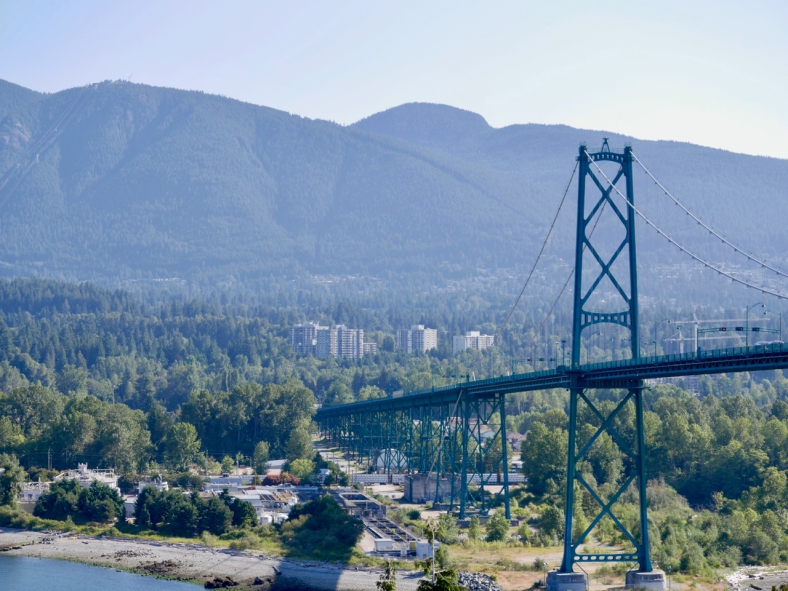 A very welcoming and accepting city. 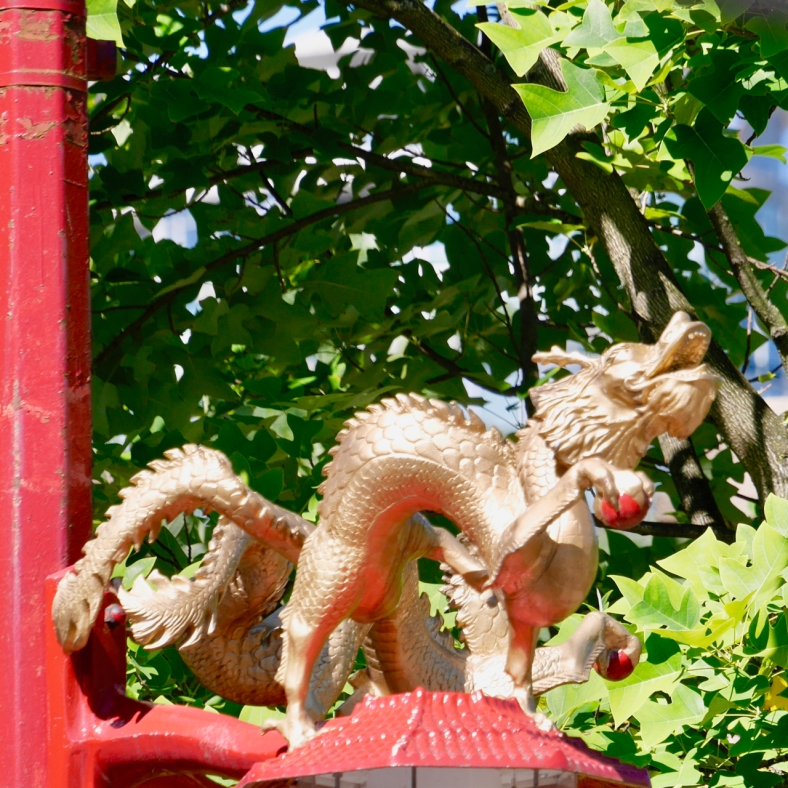 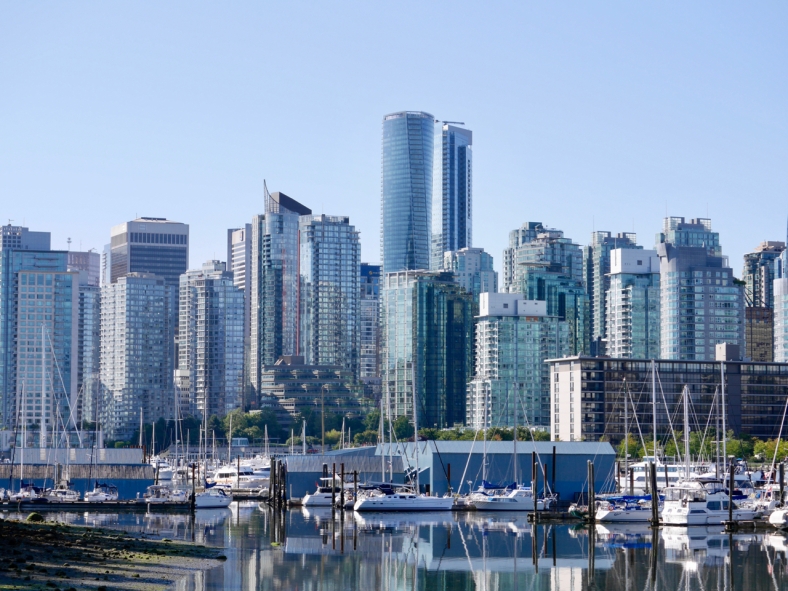 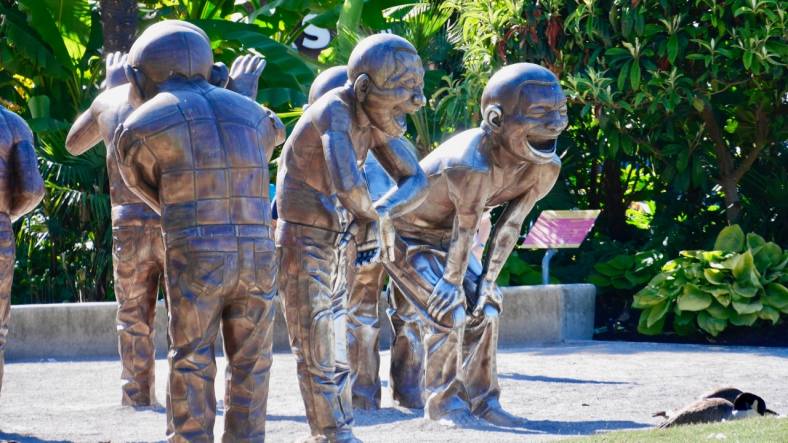 Some interesting public art around town

After we were done with both of the buses, we had some lunch, and got back to the hotel. The room was ready, so lugged the luggage there, and checked that we finally had something that had been sorely missed for quite some time.  That’s right – good quality internet!! Praise the internet gods! 😀 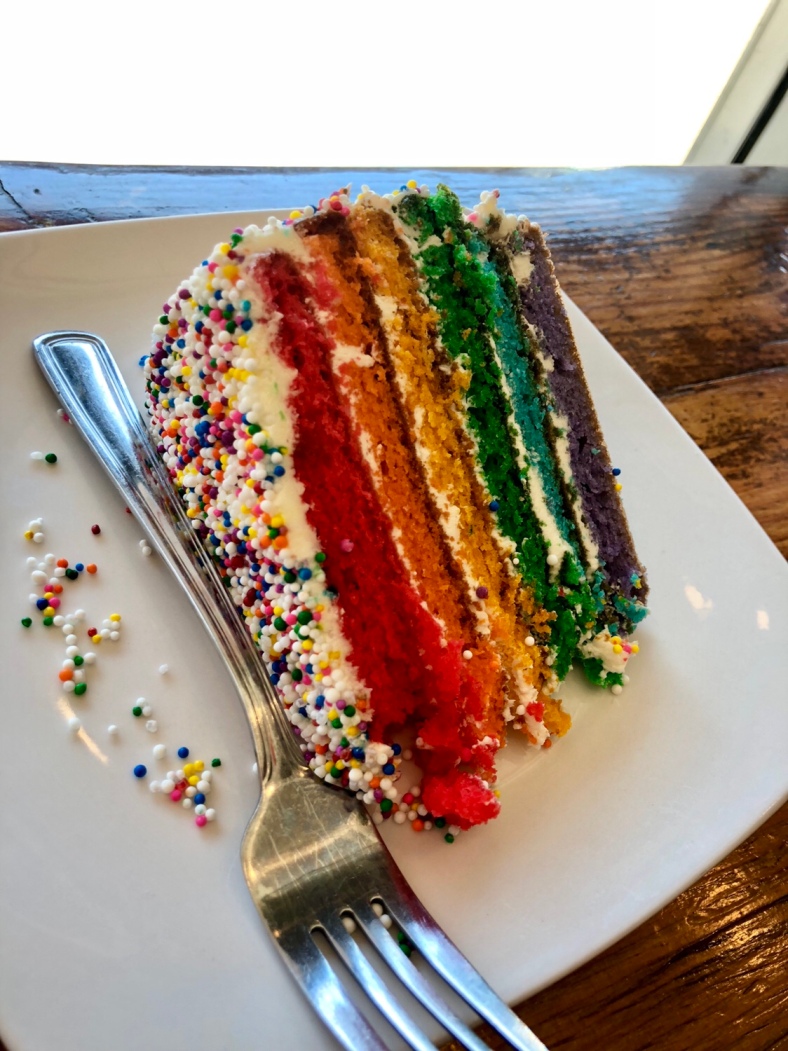 One thing I’d heard about Vancouver a few times, was how cool Granville Island is.  WE dutifully set off, getting the bus again, which dropped nearby.  It was …how do I say this … OK.   Maybe it because we’d already eaten, maybe because it was a hot day, or maybe just because it’s been a big day and we’re kinda tired, but it wasn’t as fantastic and wonderful as I thought it might be.  It had lots of small shops selling interesting trinkets, and a huge food market full of all sorts of wonderful stuff (including ice cream, thanks very much, yum) – but we would have been lucky to stay there an hour in total. 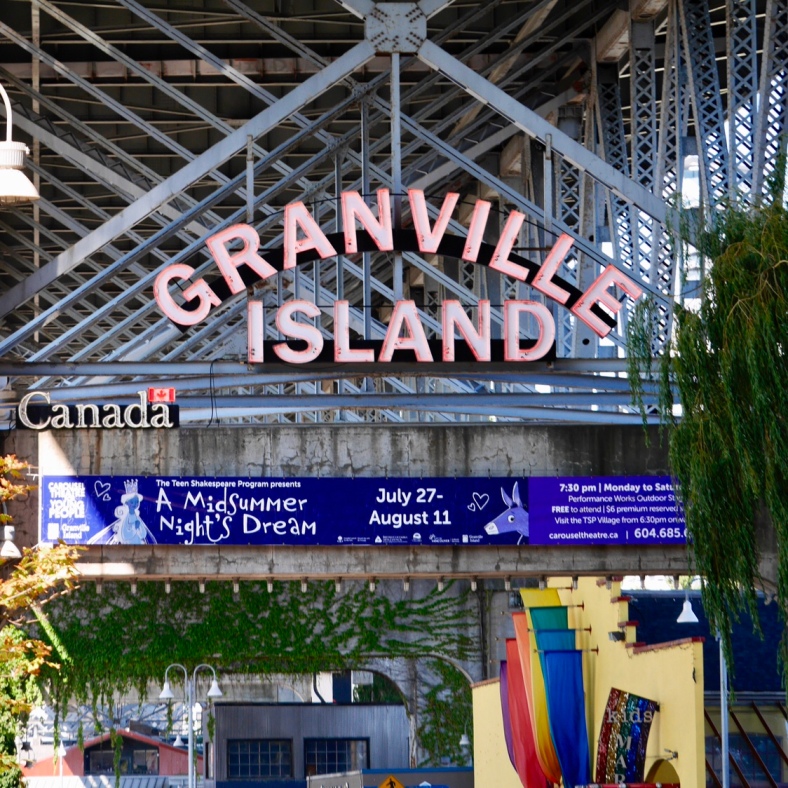 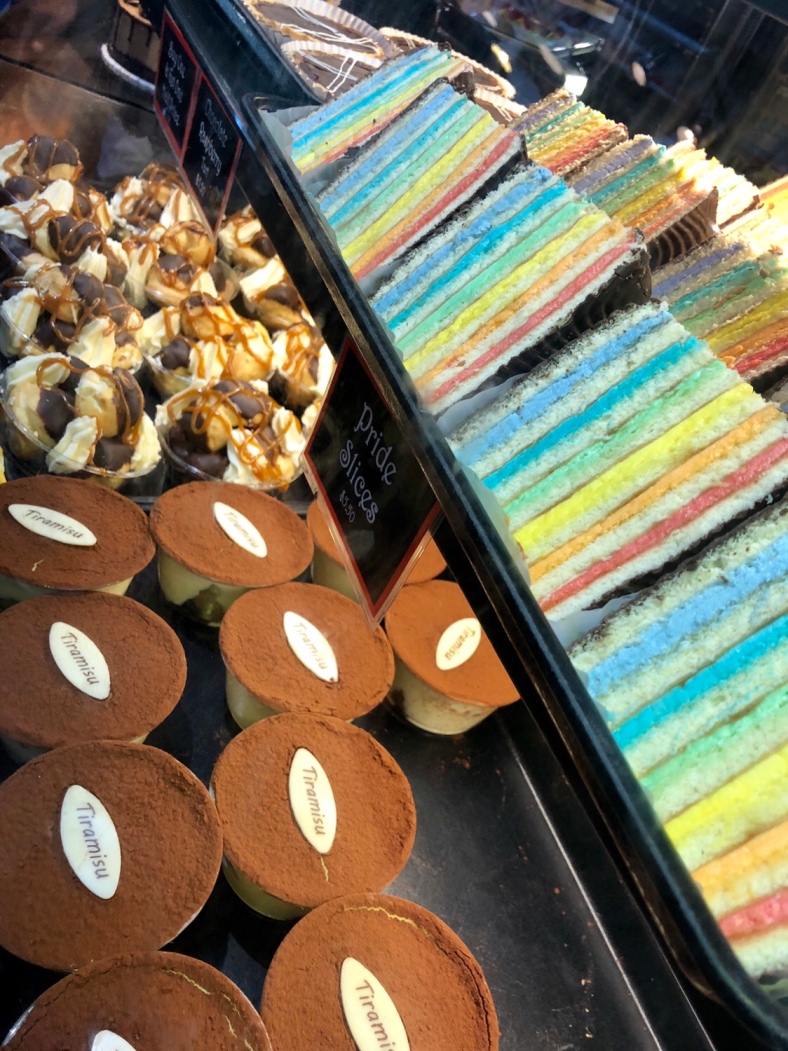 We hopped back on the bus, went home, and set out for dinner.  The first choice ‘Japadog’ – Japanese-style hotdogs, was full. but there was a place just nearby called Paramount.  And it sure was!  Fantastic middle-eastern food, just awesome.  Delicious, garlicky, meaty, awesomeness.  If you go to Vancouver, go to Paramount.  Totes worth it.

After that, we prepared for tomorrow’s early start. We won’t see our luggage until evening, so sorted out the important stuff for the carry-on, and all we have to do tomorrow morning is grab the luggage, head to the station and board something I’m a bit excited about : The Rocky Mountaineer.

I’ll tell you all about it tomorrow. Goodnight!

One thought on “Rushing through Vancouver”